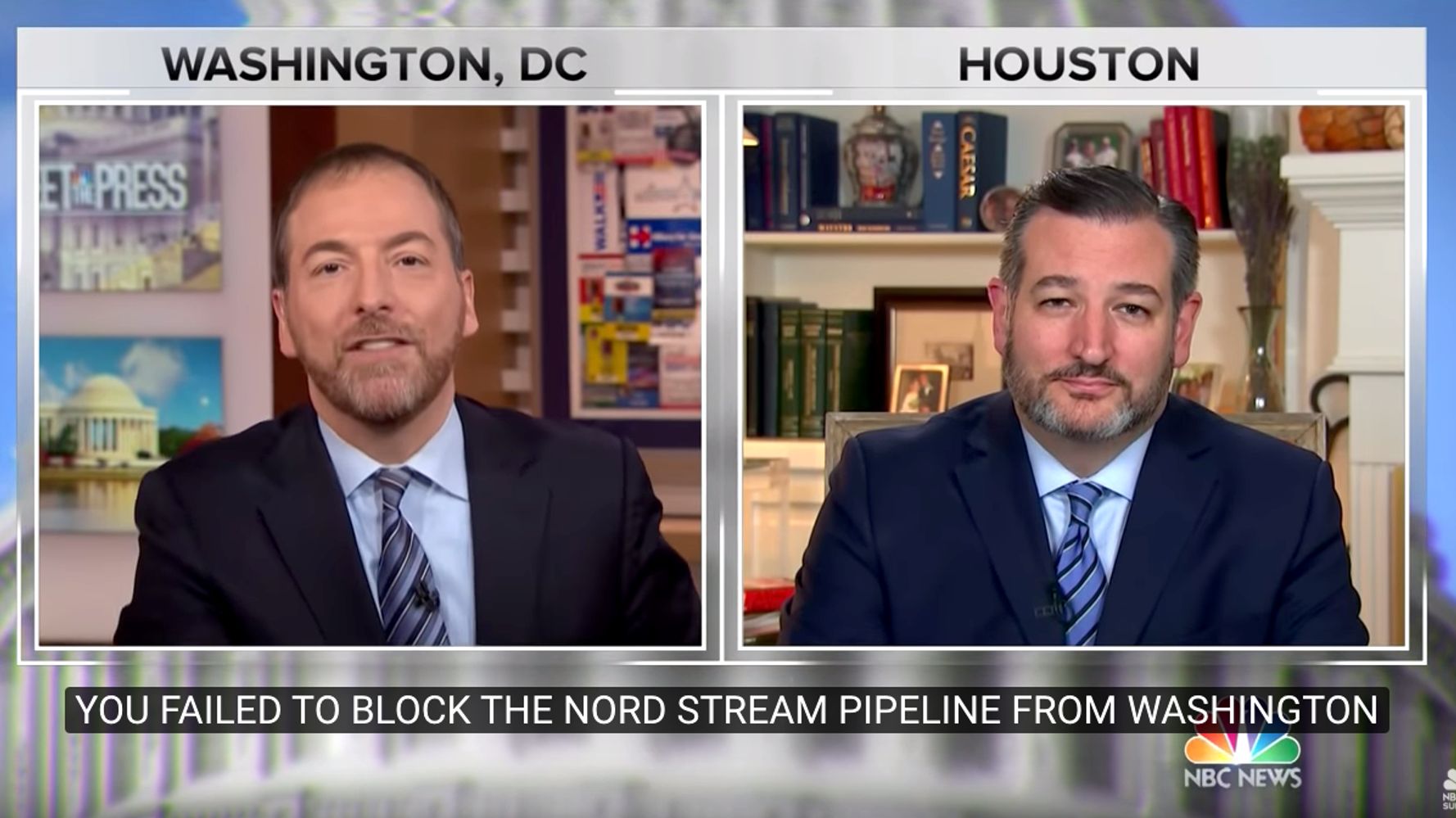 Sen. Ted Cruz (R-Texas) got an unintentional laugh during his appearance on NBC’s “Meet The Press” on Sunday.

During a heated interview with host Chuck Todd, the senator joined the list of Republicans to support the conspiracy theory that Ukraine meddled in the 2016 presidential election.

“Do you believe Ukraine meddled in the American election in 2016?” Todd asked the senator. “I do, and I think there’s considerable evidence,” Cruz replied.

“You do?” Todd responded incredulously. At this point, laughter, ostensibly from studio staff, is picked up by the mic.

Todd went on to tell Cruz he found it strange that Cruz, whom President Donald Trump waged war on during the 2016 primaries, wasn’t more aware that this president was capable of creating “false narratives” about people in order to promote himself politically.

Cruz waved it off and went on to insist that Ukraine “blatantly interfered in our election,” but was only able to cite one op-ed, written by then-Ukrainian ambassador to the U.S. Valeriy Chaly, as evidence.

The op-ed condemned comments made by Trump hinting that he supported the 2014 invasion of Crimea by Russia, which is recognized internationally as a part of Ukraine. Todd told his guest that an op-ed was of a slightly different magnitude to Russia’s well-documented interference.

Trump pushed Ukraine to investigate the debunked claim during the July 25 phone call that sparked the impeachment probe, and has continued to promote the theory since ― despite it being widely discredited by the U.S. intelligence community. A GOP-led Senate inquiry into the matter was also said to have found no evidence to support the claim, according to CNN and Politico sources familiar with the matter.

Holy crap — you can hear people in the @MeetThePress studio laughing out loud right after Ted Cruz proclaims that he thinks Ukraine meddled in the 2016 election. What an embarrassment. pic.twitter.com/TjqoP8R538

Did I just hear all of Chuck Todd’s studio laugh when Ted Cruz said Ukraine meddled in 2016?

Ted Cruz’s lies on national TV are so egregious that the Meet the Press crew – THE CREW! – is heard laughing off camera.

Imagine doing all of this for the guy who called your wife ugly in front of the entire nation. Not even a SHRED of dignity.pic.twitter.com/FCETNOVHar

Did I hear someone laughing at @tedcruz in the background? https://t.co/BPHuLHYshi