You are here
Home > News > Eminem Gives Surprise Performance At Oscars, Puzzling Everyone 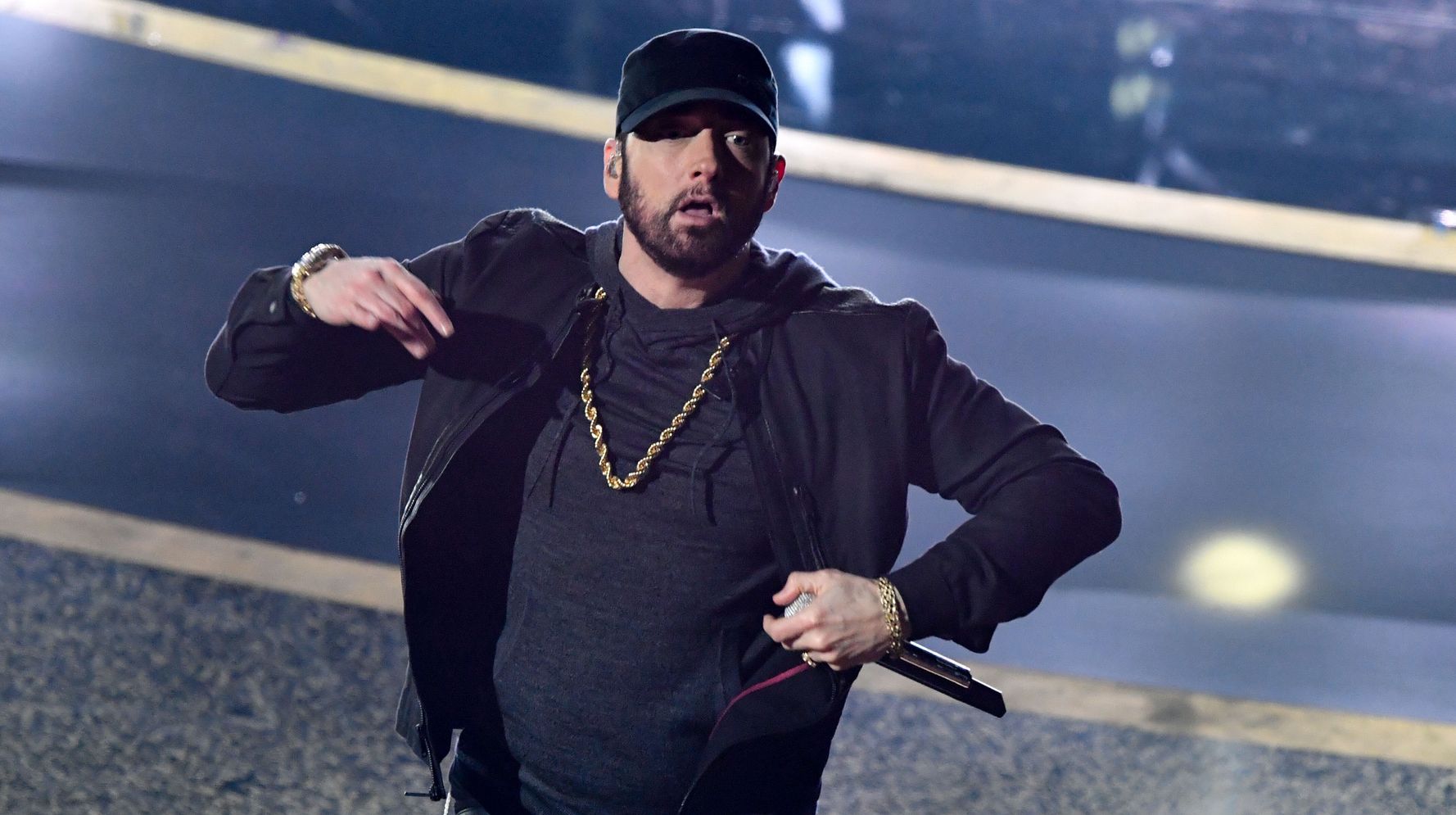 Eminem surprised the audience with an appearance and performance of “Lose Yourself” at the 92nd Academy Awards.

On Sunday, eighteen years after the song came out, the rapper had a decent chunk of Hollywood singing along with him as he performed his hit from the 2002 film “8 Mile.”

Eminem performing ‘lose yourself’ at the #Oscars the Celebs in the audience trying to rap along got me laughing 😂😂😂pic.twitter.com/CQ70a28XmU

#Eminem performing ‘Lose Yourself,’ which won Best Original Song at the 75th Academy Awards, at the #Oscars tonight. 🎤 pic.twitter.com/UioaaXdjWD

The performance came on the heels of a montage to iconic songs in film history, including “Lose Yourself,” which won the Oscar for Best Original Song in 2003.

While Eminem earned a standing ovation and cheers from the crowd, many in the audience appeared puzzled over why the 47-year-old was gracing the stage.

a montage of crowd shots during Eminem’s performance at the Oscars pic.twitter.com/6hEkeMfGgc

tfw u lose urself in the music pic.twitter.com/aMUv4Ibgc7

The performance was also met with quizzical remarks on Twitter:

Wait…. Eminem had a surprise performance on the Oscars? pic.twitter.com/IfSTwtAEME

The cuts to the audience during this Eminem performance. #Oscars pic.twitter.com/iy6gnNhmHQ

Eminem on stage at Oscars singing from 8 mile.

Can someone please explain to me why Eminem is performing at the Grammys…I mean…#Oscars
lmao pic.twitter.com/yx9hcTGlZx

the reactions to that Eminem performance were so good #Oscars pic.twitter.com/981WiI8mix

Eminem, born Marshall Mathers, offered an explanation for why he appeared at the awards show in a tweet after the performance.

Since he had not been present to accept the Oscar he won in 2003, he suggested that this was his second “shot.”

“Look, if you had another shot, another opportunity…,” reads the tweet, quoting opening words to “Lose Yourself.”

Look, if you had another shot, another opportunity… Thanks for having me @TheAcademy. Sorry it took me 18 years to get here. pic.twitter.com/CmSw2hmcZo

Eminem’s performance also comes on the heels of his latest album release, “Music To Be Murdered By,” which dropped last month.