You are here
Home > News > Ex-Ethics Chief Warns: William Barr Will Try To Interfere In 2020 Election 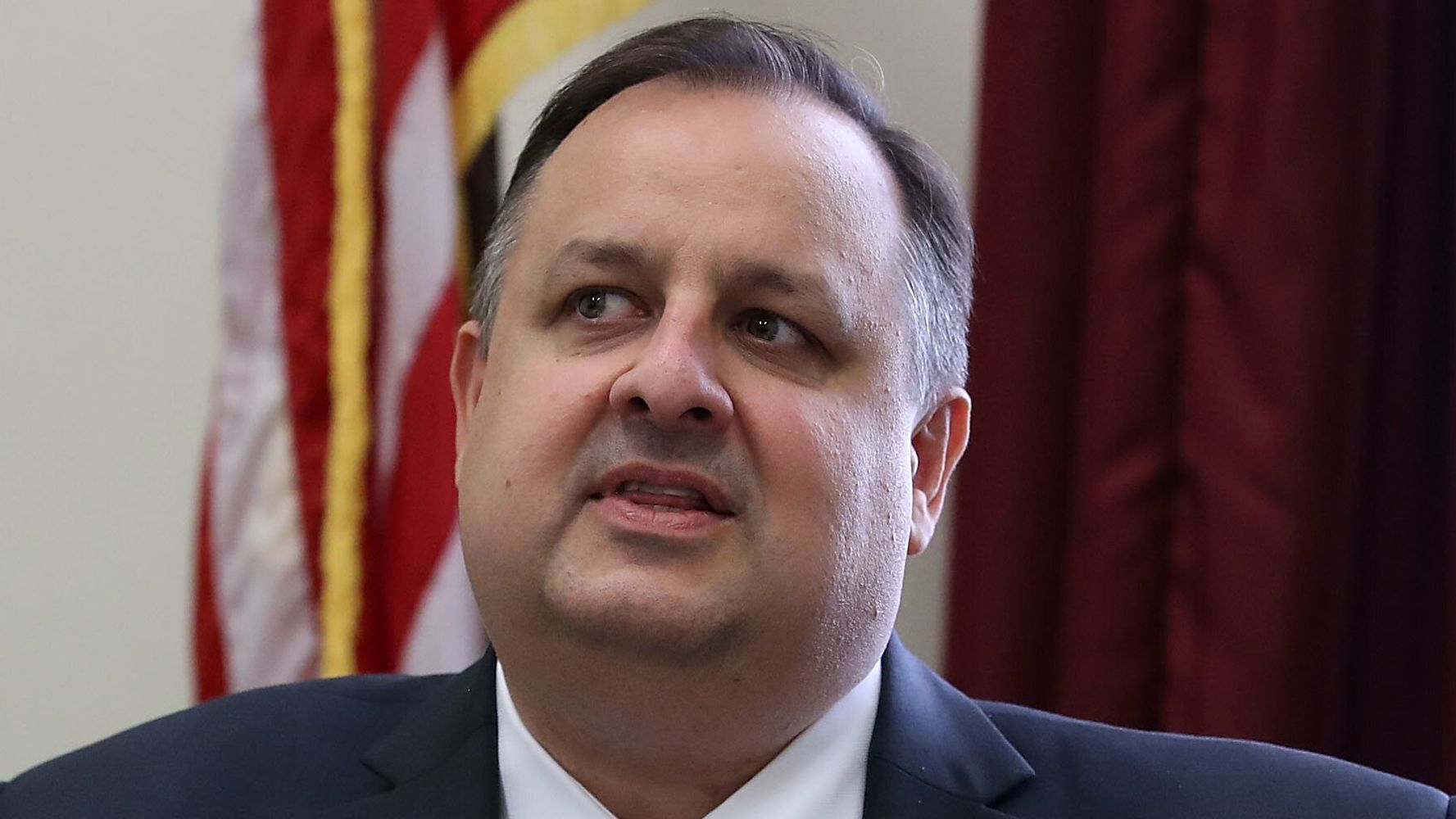 Walter Shaub, the former head of the U.S. Office of Government Ethics, on Tuesday called William Barr a “threat to democracy” as he warned how the attorney general may try to interfere in the 2020 presidential election to the benefit of President Donald Trump.

In a lengthy Twitter thread, Shaub accused Barr of misleading the public after he rejected the Justice Department’s inspector general report that found the FBI was not politically motivated in launching a probe into the Trump 2016 campaign’s links to Russia. Barr is overseeing a separate investigation into the start of the probe, being conducted by attorney John Durham.

“It’s important not to make the same mistake twice,” wrote Shaub. “Some people underestimated Barr’s ruthless partisanship before. No one should do that again. Like Trump, Barr is capable of doing anything he can get away with—and that includes interfering in the 2020 election, if we let him.”

Check out the full thread here:

As Attorney General, Barr is a threat to democracy. He has distorted facts and misled the public. He appointed Durham to run a concurrent investigation because he knew the Inspector General would debunk his conspiracy theories, and he needed someone he could control. /1

Durham revealed much about his own character when he issued a transparently political message challenging the IG’s report before completing his investigation. Barr, who deceived the public about the contents of the Mueller report, has similarly tried to undermine the IG report./2

Barr bizarrely argues it’d be bad if a president abused his power to sabotage a rival’s campaign with an investigation. The notion that Obama came anywhere near doing this is the debunked lunacy of pizzagate enthusiasts, but it’s exactly what the “transcript” shows Trump did. /4

Barr’s comments also suggest a plan to take personnel actions against individuals tied to the investigation of Trump. Whether action is warranted or not, an Attorney General commenting on personnel actions that must be taken by lower level managers suggests the fix is in. /5

Whether he ultimately intervenes in personnel matters is almost beside the point. His remarks were intended to intimidate the DOJ attorneys and FBI agents investigating others associated with the president. And there’s something far more ominous that his remarks have signaled. /6

Barr, who traveled the world looking for ways to defend the politician he serves instead of the rule of law, has also signaled he may use the criminal investigative apparatus of the state to go after perceived enemies of his boss—weaponizing it as a tool of a political party. /7

Even the mere suggestion that he would do this is a direct assault on democracy and a betrayal of the public trust. It is extremely dangerous and may chill legitimate investigations. It’s the stuff of autocracies. It must not be tolerated. It cannot be tolerated in a republic. /8

(Barr even talks like an authoritarian. He said he’d ignore any ethics guidance he disagreed with. He ignored the 1st amendment and blamed “secularism” for society’s ills. He told certain “communities” [wink] they need to show more respect or live without police protection.) /9

In this context, it’s important to remember that Trump fired Sessions the day after the election because he would not stop the Russia investigation. A president firing someone for failing to treat him as though he is above the law should have been viewed as an impeachable act./10

Instead, Barr was greeted warmly as a stabilizing force by people who should have known better. But, as the beneficiary of a slow motion Saturday Night Massacre, Barr was hired to do what Sessions wouldn’t do. He was hired for this moment in history. /11 https://t.co/HREmeMGTY9

It’s important not to make the same mistake twice. Some people underestimated Barr’s ruthless partisanship before. No one should do that again. Like Trump, Barr is capable of doing anything he can get away with—and that includes interfering in the 2020 election, if we let him./12

Heilemann, appearing on MSNBC’s “The Last Word,” told host Lawrence O’Donnell that Bar had behaved “from the moment he walked into this job” as “a ruthless, relentless political hack and a thug.”

The “most terrifying thing” was the separate investigation that he’d promised to conclude in the spring which, Heilemann predicted, would see Barr “try to interfere in the American election” when “he’s going to bring out a cooked investigation to try to advance Donald Trump’s political interests.”

Check out the segment here:

Toobin, meanwhile, likened Barr’s conduct to “something that happened in the Soviet Union, not in the United States.”