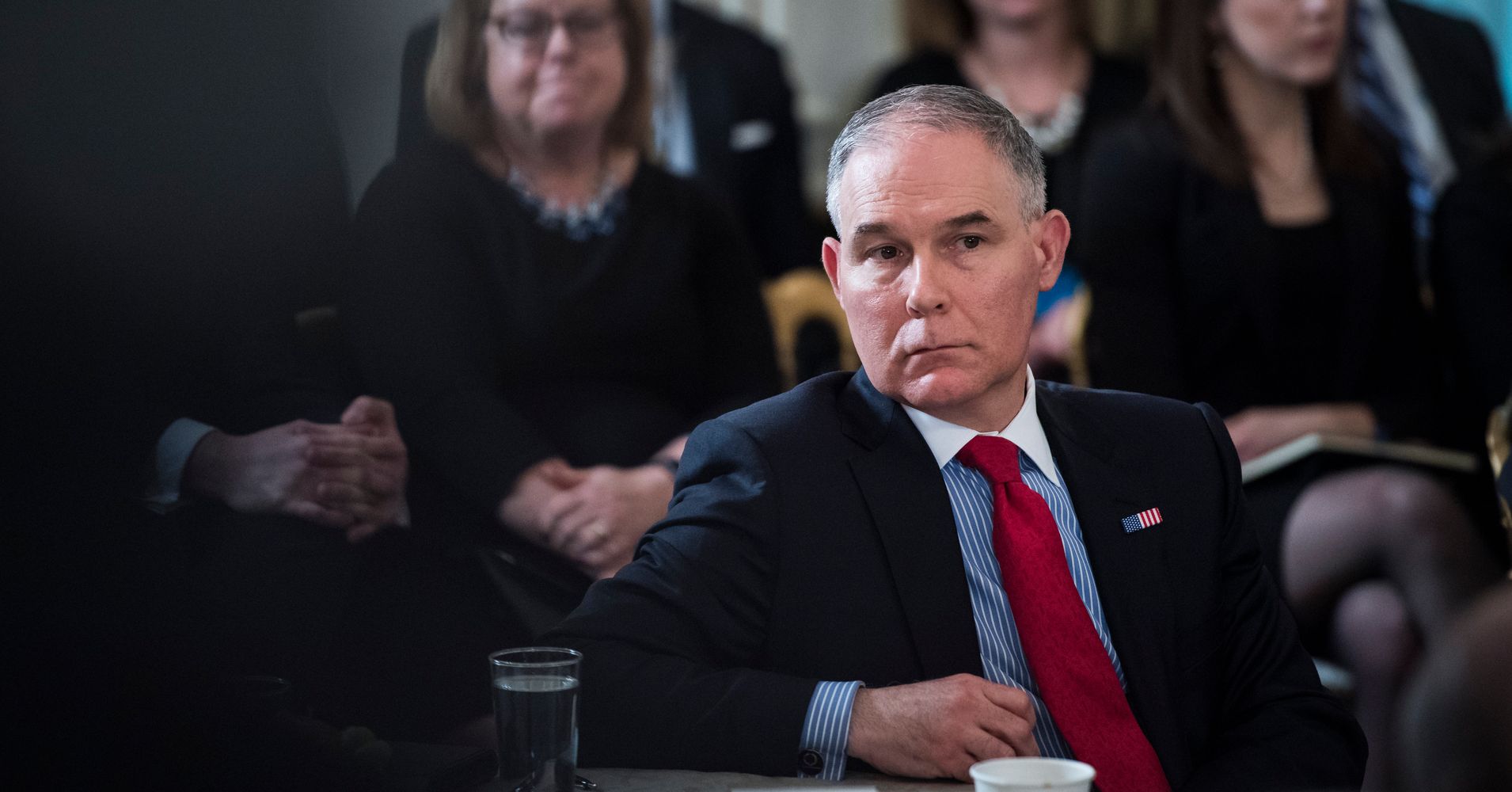 Environmental Protection Agency Administrator Scott Pruitt directed staff to book travel that allowed him to personally accrue more frequent flier miles, insisting on flying first class on an airline not on the government’s approved list and staying in pricey hotels, according to a bombshell new letter released Thursday by congressional investigators.

The allegations come from Kevin Chmielewski, a lifelong Republican and former Trump aide who served as the EPA’s deputy chief of staff until he was removed for raising alarm over Pruitt’s spending, and are detailed in a six-page letter signed by two senators and three House members, all Democrats. The lawmakers ―Reps. Elijah E. Cummings (MD), Gerald Connolly (Va.), Donald Beyer (Va.) and Sens. Tom Carper (Del.), and Sheldon Whitehouse (RI) ― sent the letter to Pruitt and President Donald Trump.

“He said that when he refused to approve your inappropriate and unethical spending, he claimed he was marginalized, removed from his senior position and placed on administrative leave,” the letter to Pruitt reads.

It adds: “The new information provided by Mr. Chmielewski, if accurate, leaves us certain that your leadership at EPA has been fraught with numerous and repeated unethical and potentially illegal actions on a wide range of consequential matters that you and some members of your staff directed.”

Pruitt allegedly told staff to “find me something to do” in locations around the country to justify spending taxpayer money, according to the letters. Pruitt “frequently stayed in” hotels that exceeded the allowable government per diem by as much as 300 times the cap permitted in exceptional circumstances. On trips to Australia and Italy, the administrator “refused” to stay in the hotels recommended by the U.S. embassy staff there, instead booking more expensive hotels with less on-site security, bringing his personal bodyguards in tow.

Pruitt was reimbursed for these travel expenses when he personally laid out the money for them, though some of his security detail were not fully compensated for their luxury travel, Chmielewski alleged.

Chmielewski told investigators he overheard Pruitt speaking to his landlord, the energy lobbyist who gave him a sweetheart $50-a-night deal on a room in a Capitol Hill condominium. The lobbyist, J. Steven Hart, whose wife co-owns the building, complained that the administrator had failed to pay rent, and that his adult daughter, McKenna Pruitt, damaged the hardwood floors by repeatedly rolling her luggage though the residence while she stayed there during a White House internship.

The letters put more pressure on Pruitt to resign as a ballooning scandal over accusations of rampant corruption and runaway spending continues into a third consecutive week. The allegations come as the Senate is poised to vote to confirm Andrew Wheeler, a former coal lobbyist and Republican congressional staffer, as the EPA’s deputy administrator, putting him next in line to take over the agency should Pruitt exit.

Read the letter to Pruitt:

Read the letter to Trump:

This story has been updated.