Monáe complimented the show-stopping look with a matching choker and a red lip. 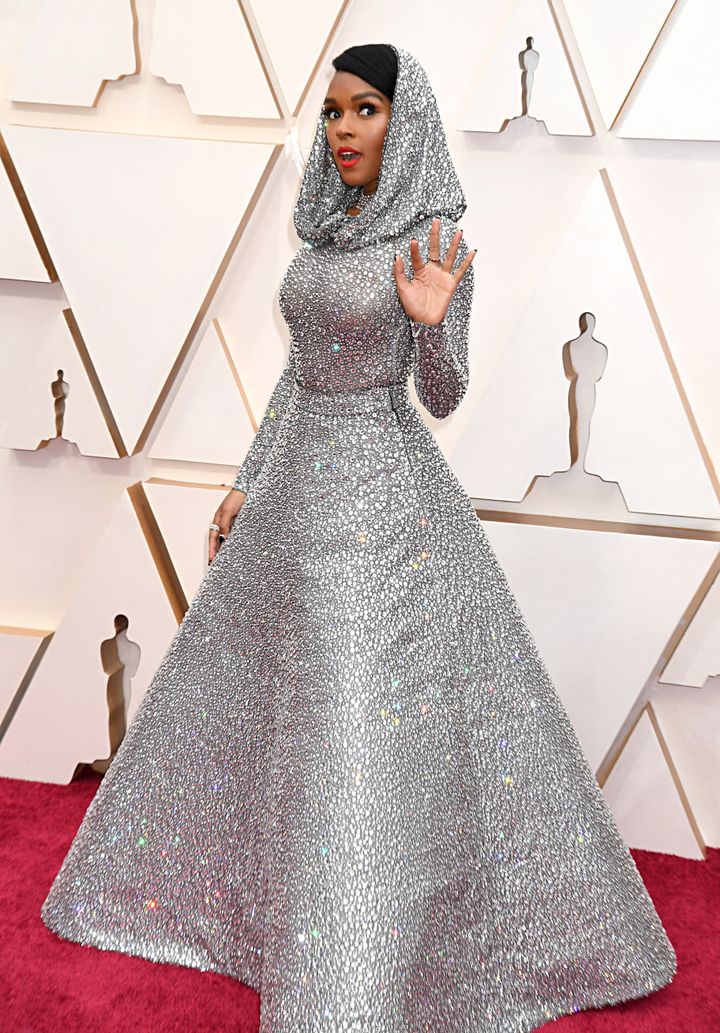 Janelle Monáe stops to pose on the red carpet as she attends the 92nd Annual Academy Awards on Sunday in Los Angeles. 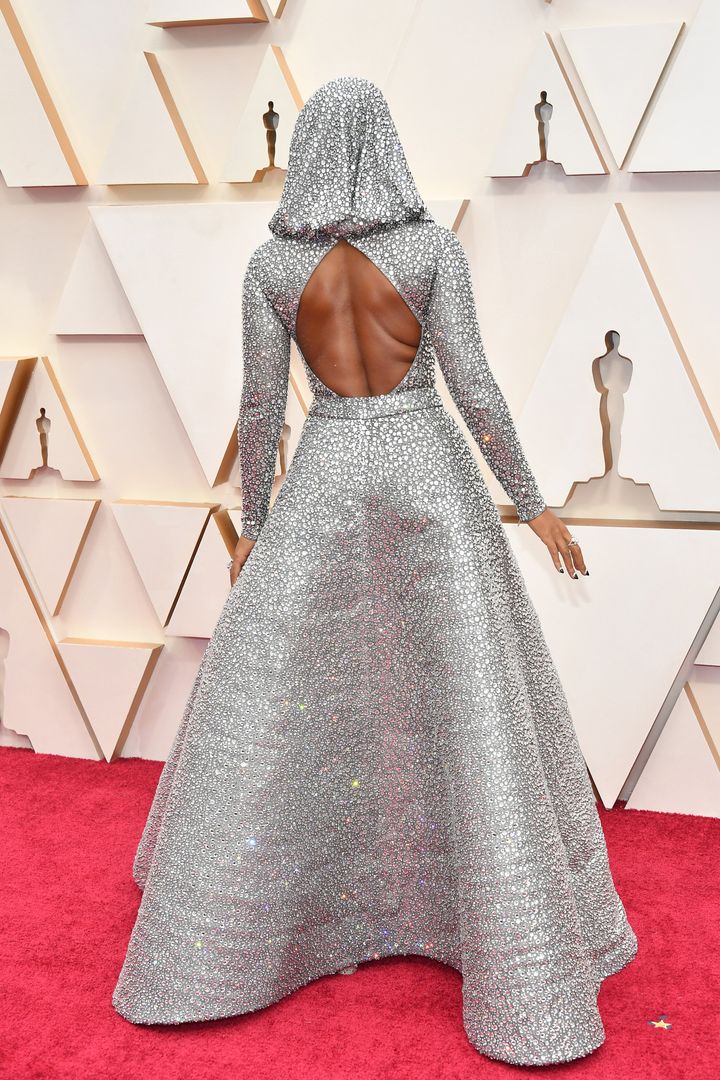 Monáe showed the detail of her custom Ralph Lauren gown on the Oscars red carpet on Sunday in Los Angeles.

Monáe notably portrayed Teresa in 2016′s “Moonlight,” which won Best Picture at the 2017 Oscars. The actor also appeared in last year’s “Harriet,” a film based on the heroic abolitionist Harriet Tubman.