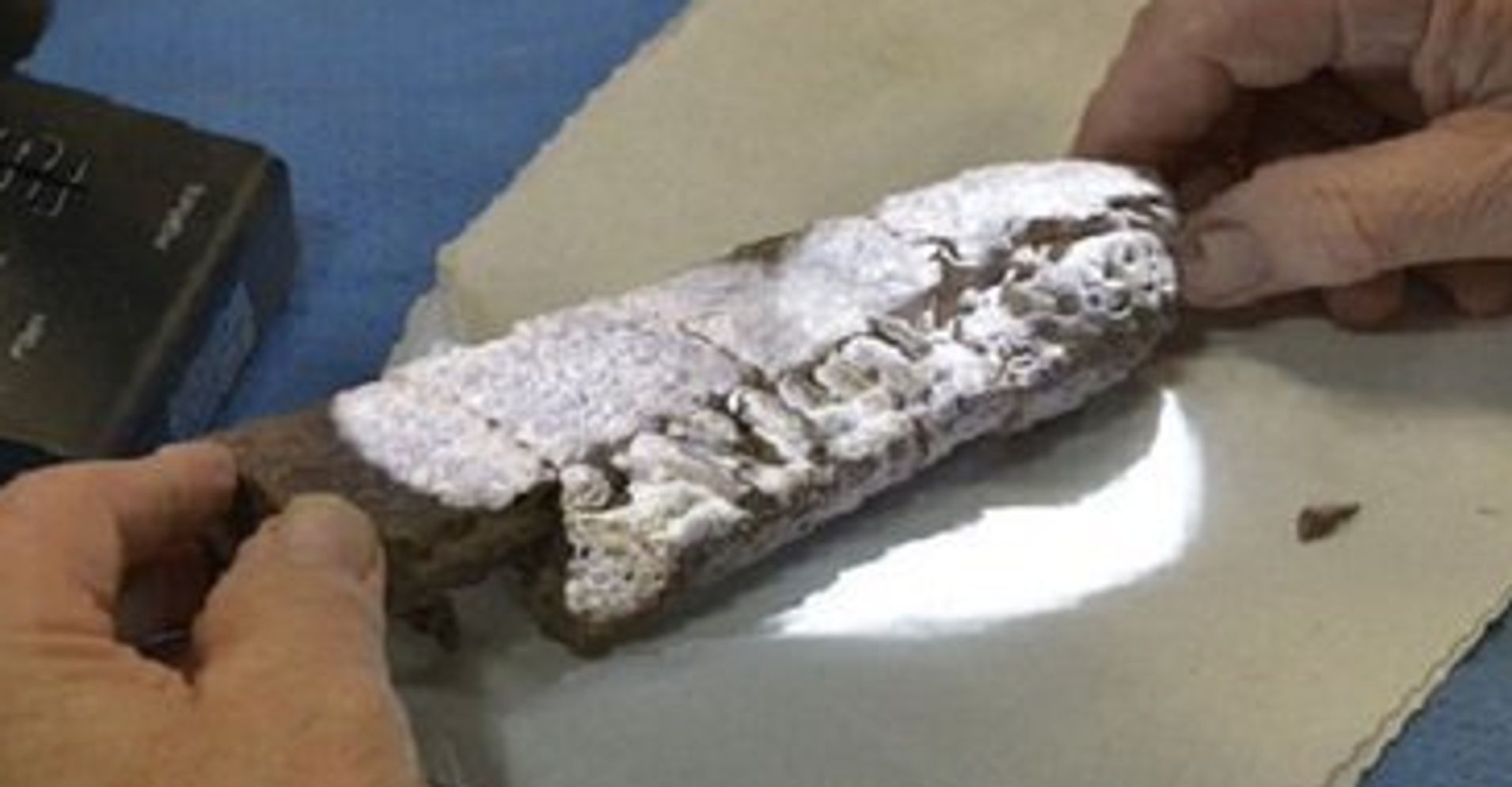 A cache of what is believed to be one of the world’s richest collections of Triassic-era fossils has been discovered on national land in Utah where Donald Trump recently eliminated protections to open up the wilderness area to mining.

Researchers, led by paleontologist Rob Gay of the Colorado Canyons Association, unearthed intact remains of phytosaurs — ancient crocodile-like animals — in federal land in what was formerly part of the Bears Ears National Monument. Trump reduced the 1.35 million-acre national monument by 85 percent in December and this month opened up the land to drilling and mining companies. The Grand Staircase-Escalante National Monument, also in Utah, was cut by some 800,000 acres

The discovery, announced Thursday, was revealed at the Western Association of Vertebrate Paleontologists annual conference in St. George, Utah, where researchers also sounded the alarm about the protections gutted by the Trump administration.

Based on a small initial excavation, the 69-yard site may be the “densest area of Triassic-period fossils in the nation, maybe the world,” Gay said in a statement. “It is extremely rare to find intact fossil skulls of specimens from this period.” Three intact long-snouted phytosaur skulls were found. The phytosaurs developed after the first mass extinction that killed 95 percent of the species on Earth. The creatures existed from 251 million to 199 million years ago.

Despite the excitement about the find, there is still an “incredible amount of work yet to be done,” said paleontologist Tracy Thomson, the coordinator of the conference. “We hope that paleontological sites like this one will get the protection they need before more of our prehistoric past is forever lost to looting or irreplaceably damaged by mining in the region.”

Scott Miller of the Wilderness Society said in a statement that protecting such resources was the “very purpose of the Bears Ears National Monument. That president Trump acted to revoke protections for these lands is outrageous, and that he did so despite the Department of the Interior knowing of this amazing discovery is even more shocking. I hope the courts will act quickly to restore protections for Bears Ears before any more fossils are looted from the area and lost to science.”

Trump’s edicts at both Utah national monuments are being challenged in court by five Native American tribes as well as environmental and scientific organizations.

The fossil bed of the specimens is part of the Chinle Formation. It runs through the center of the monument that President Barack Obama designated in 2016. But that sedimentary rock also contains uranium appealing to mining companies. The Washington Post uncovered a campaign by Energy Fuels Resources, a U.S. subsidiary of a Canadian firm, urging the Trump administration to dramatically reduce Bears Ears.

Looting of fossil sites could also become a renewed issue. A portion of skull from the Bears Ears site had been looted by an unlicensed collector who eventually turned in his find to an office of the Bureau of Land Management. The skull had been removed before the national monument was created.

When Trump announced the elimination of protections for the area he said at Utah’s state Capitol: “Some people think that the natural resources of Utah should be controlled by a small handful of very distant bureaucrats located in Washington. And guess what. They’re wrong. Together we will usher in a bright new future of wonder and wealth.”

Gay wrote in a blog post after Trump’s announcement: “We all knew something like this was coming. We hoped for an asteroid or an outbreak of common sense, but neither happened.”