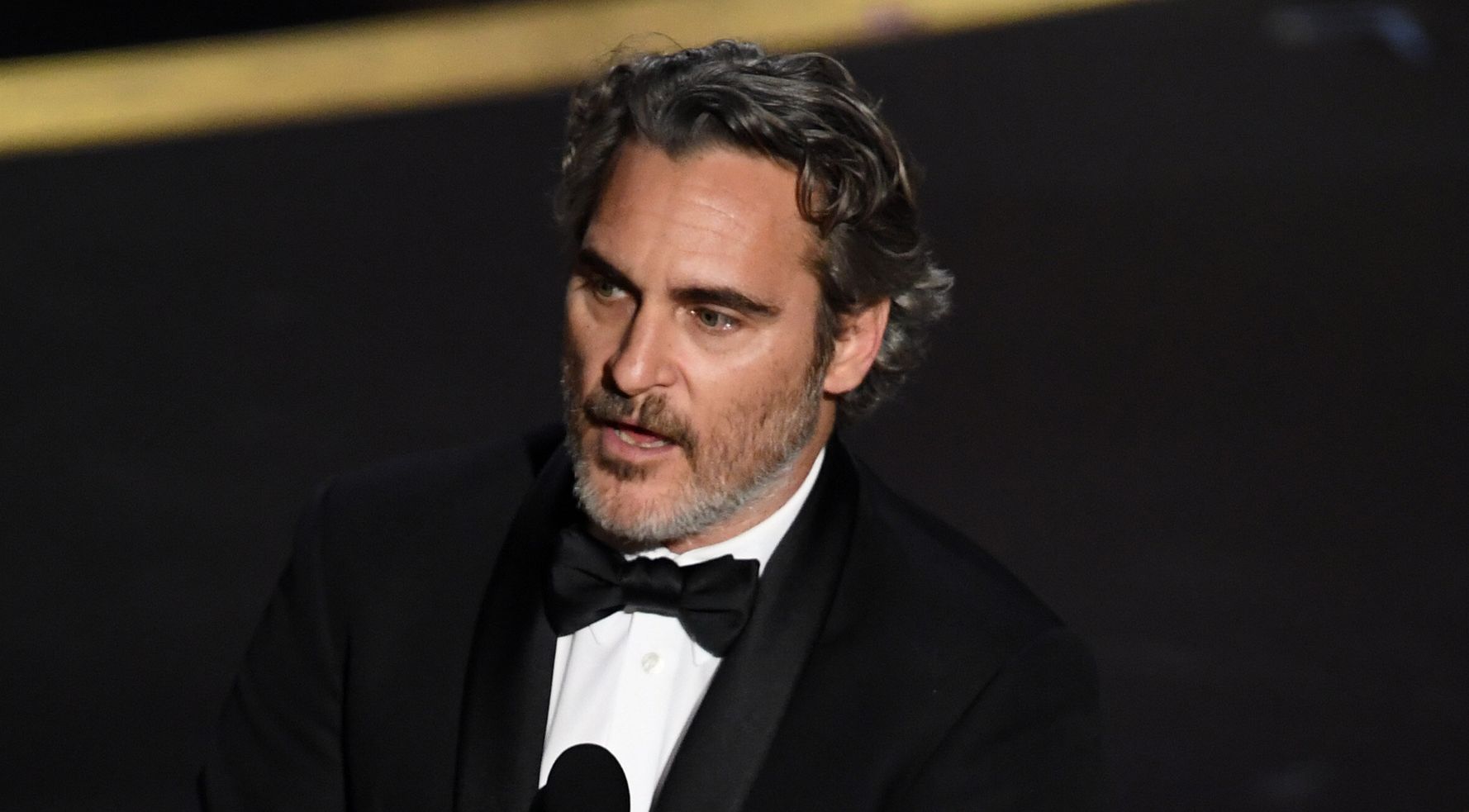 The actor continued on to say that the people in the room gave him a second chance in life, and told the crowd those chances when “we’re at our best.”

“When we support each other, not when we cancel each other out for past mistakes, but when we help each other grow. When we educate each other. When we guide each other toward redemption, that is the best of humanity,” he said, before tearing up to quote lyrics from his late brother, River Phoenix’s band, Aleka’s Attic. River died in 1993.

“When he was 17, my brother wrote this lyric. He said, ’Run to the rescue with love, and peace will follow,’” he concluded his speech.

The Academy of Motion Picture Arts and Sciences has come in for criticism this year ― and not for the first time ― for the homogeneity of its nominees. Only one person of color was nominated in any of the four acting categories (Cynthia Erivo, for Best Actress in “Harriet”), and all of the nominees for Best Director were male.

Phoenix, for his part, also won Best Actor for “Joker” at the British Academy of Film and Television Arts Awards earlier this month, and similarly used his platform there to criticize the organization for its treatment of people of color. All 20 nominations in the BAFTAs’ four main acting categories this year went to white performers.

“The BAFTAs have already been very supportive of my career and I’m deeply appreciative,” Phoenix said at that awards show. “But I have to say I also feel conflicted because so many of my fellow actors that are deserving don’t have that same privilege. I think that we send a very clear message to people of color that you’re not welcome here.”