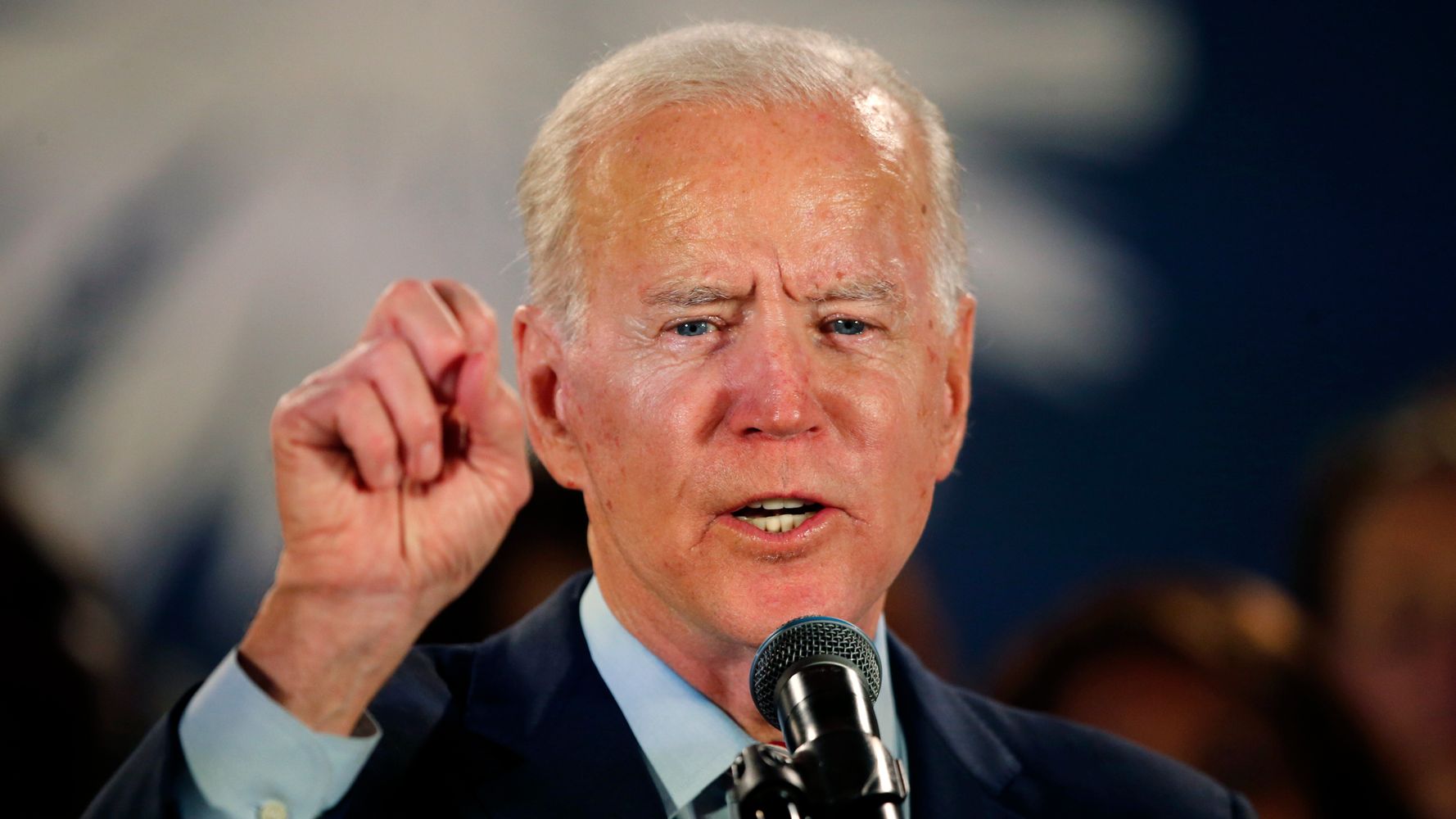 COLUMBIA, S.C. (AP) — Joe Biden brought his wounded presidential campaign to South Carolina on Tuesday, staking his hopes for a comeback on the loyalty of black voters in the state after a dismal finish in the New Hampshire primary magnified his disappointing finish in Iowa.

“I know this is going to be the fight of my life,” Biden told about 200 enthusiastic supporters gathered near the South Carolina Capitol to hear the 77-year-old former vice president deliver an emotional appeal. Biden eagerly looked ahead as the nomination fight moves beyond the overwhelmingly white opening states to Nevada, South Carolina and a Super Tuesday slate where African Americans and Latinos will hold considerable sway.

“We just heard from the first two of 50 states. Two of them,” Biden said. “That’s the opening bell, not the closing bell.”

The candidate argued that no Democratic nominee has succeeded without significant support from African Americans, the core of his base in a fractured primary field. The electorate in South Carolina’s Feb. 29 primary, the first in the South, is expected to be more than 60% black and could approach 70%, according to state party leaders.

Still, there is no Democratic precedent for the kind of comeback Biden is trying to pull off. No Democrat has claimed the nomination in the modern primary system without winning either Iowa or New Hampshire.

Biden’s campaign had said for months they didn’t have to win either state, but that strategy didn’t necessarily consider finishing so far off the pace. In recent days, Biden’s donor base has since grown nervous, raising questions about his financial viability if he doesn’t rebound quickly.

Biden boarded a private jet in Manchester on Tuesday evening — even before New Hampshire primary polls closed — ending an eight-day whirlwind that saw the former vice president go from a national front-runner for the nomination to a battered underdog.

He finished fourth in the Iowa caucuses, and with votes still being tabulated in New Hampshire, Biden was vying for fourth alongside Sen. Elizabeth Warren. Each was at risk of finishing without winning any delegates out of the nation’s first primary.

In his remarks Tuesday night, Biden praised Iowa’s and New Hampshire’s opening roles, but argued that 99.9% of African Americans and 99.8% of Latinos haven’t yet had the opportunity to cast Democratic primary ballots.

“Do not let anyone take this election away from you,” he said in a speech that touted his deep political ties to South Carolina and to the black community.

“Too often your loyalty, your commitment, your support for this party has been taken for granted,” he said. “I give you my word as a Biden that I never, ever, ever will.”

Biden was introduced by his campaign co-chairman, Cedric Richmond, a Louisiana congressman and former chairman of the Congressional Black Caucus. Richmond recalled for the crowd the first question he asked himself when deciding who to support: “Who do I trust?”

South Carolina has been a springboard for the nominee before. Four years ago, Hillary Clinton and Sanders battled to a draw in Iowa and Sanders beat her in New Hampshire, prompting a round of hand-wringing from some party leaders and national media. Clinton went on to crush Sanders in South Carolina and the diverse states that immediately followed, building a delegate lead he could never overcome. Eight years earlier, it was Obama, the nation’s first black president, who used the black vote to put distance between his campaign and Clinton.

This isn’t a two-person race, though, and Biden is looking merely to return to contender status. But 2020 already has proven unusual, with no candidate having demonstrated the ability to build a broad coalition across the party’s racial, ethnic and ideological factions. Bernie Sanders and Pete Buttigieg achieved a split decision in Iowa and Sanders barely edged out Buttigieg in New Hampshire.

Sanders, a Vermont senator and democratic socialist, has paltry support among the party’s establishment core, and for months he has trailed Biden in support among non-white Democrats. Buttigieg, the former mayor of South Bend, Indiana, has struggled to corral meaningful support from black or Latino voters.

The same is true for Minnesota Sen. Amy Klobuchar, who finished just behind Biden in Iowa but finished third in New Hampshire.

Biden does have competition for the black vote in South Carolina. Billionaire businessman Tom Steyer has spent large sums on advertising, while Biden’s financial struggles have left him largely absent from the state’s airwaves. The former vice president will depend on voters like Tina Herbert, a Columbia attorney who was eager to see him Tuesday night.

“I thought it was important that I showed my face and showed my support for him tonight,” she said. “I’ve been with him since Day One.”

Herbert said she wasn’t concerned about Biden’s finishes in any other early states.

“We are not really receptive to outsiders, so we don’t listen to their opinions, even when we should, good or bad,” she said.