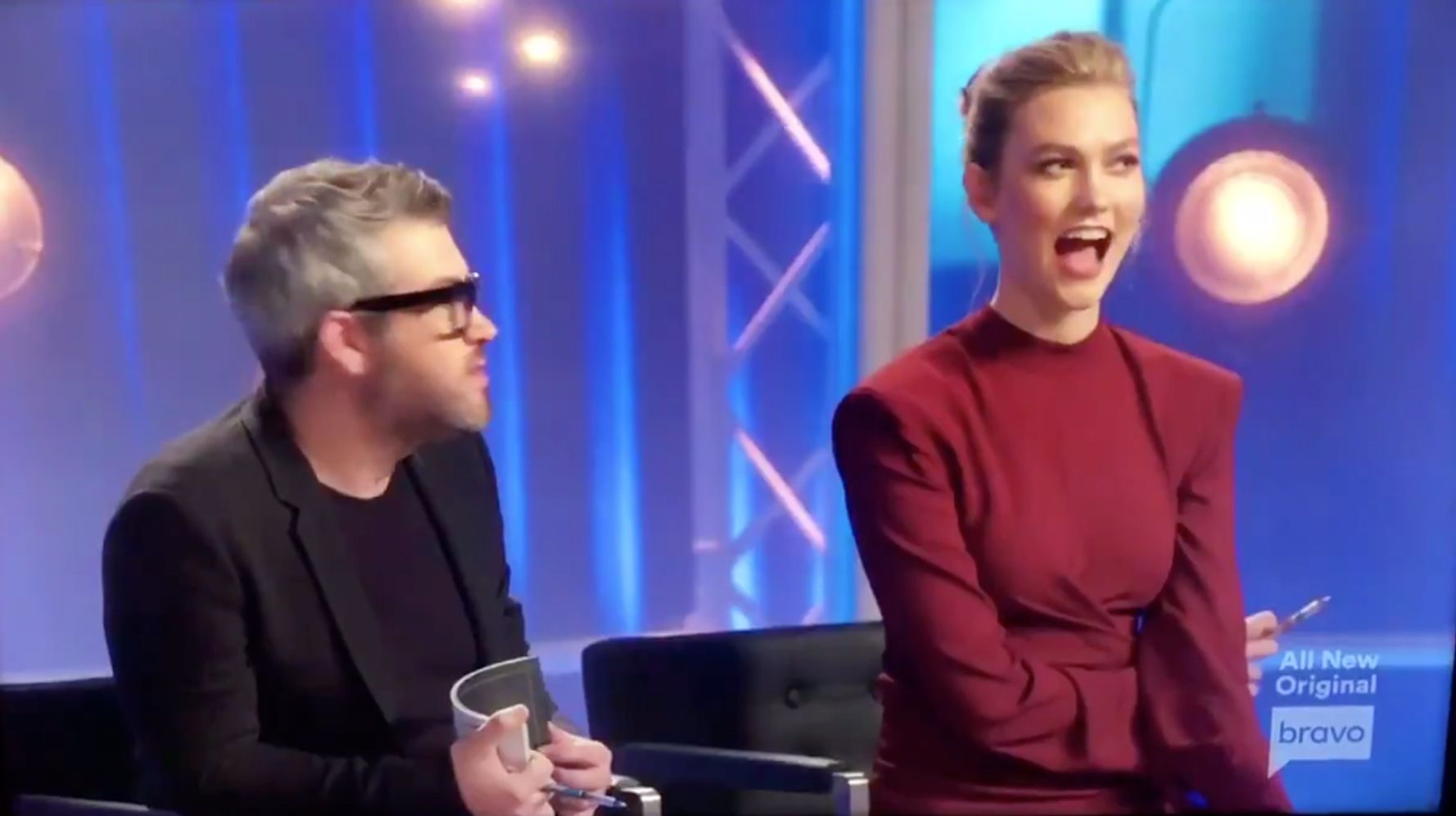 A “Project Runway” contestant was not happy with host Karlie Kloss’ opinion of the garment he created, dishing back a sassy remark about the model’s marriage to the brother of presidential aide Jared Kushner.

Contestant Tyler Neasloney was eliminated from Bravo’s fashion competition series after judges panned the outfit he designed for Kloss to wear to a fashion event in Paris. Neasloney said the look was inspired by former U.S. first ladies, but the judges weren’t feeling it ― particularly Kloss, who said it missed the mark.

When judge Brandon Maxwell said he couldn’t imagine Kloss wearing the garment anywhere, Neasloney snapped: “Not even to the dinner with Kushners?”

one of the #ProjectRunway designers invoked “The Kushners” last night while defending his design and this is the face Karlie Kloss made.

He was then eliminated from the show pic.twitter.com/KefAGTV0v5

The dig seemed to shock fellow cast members and Kloss herself, whose reaction was similar to Kombucha Girl’s:

Neasloney later said he didn’t mean anything by the comment. Many, however, suspected the ill-timed joke was part of the reason he was sent home.

Tyler was already on thin ice, but dude doomed himself with the wildly unprofessional mention of the Kushners. #ProjectRunway