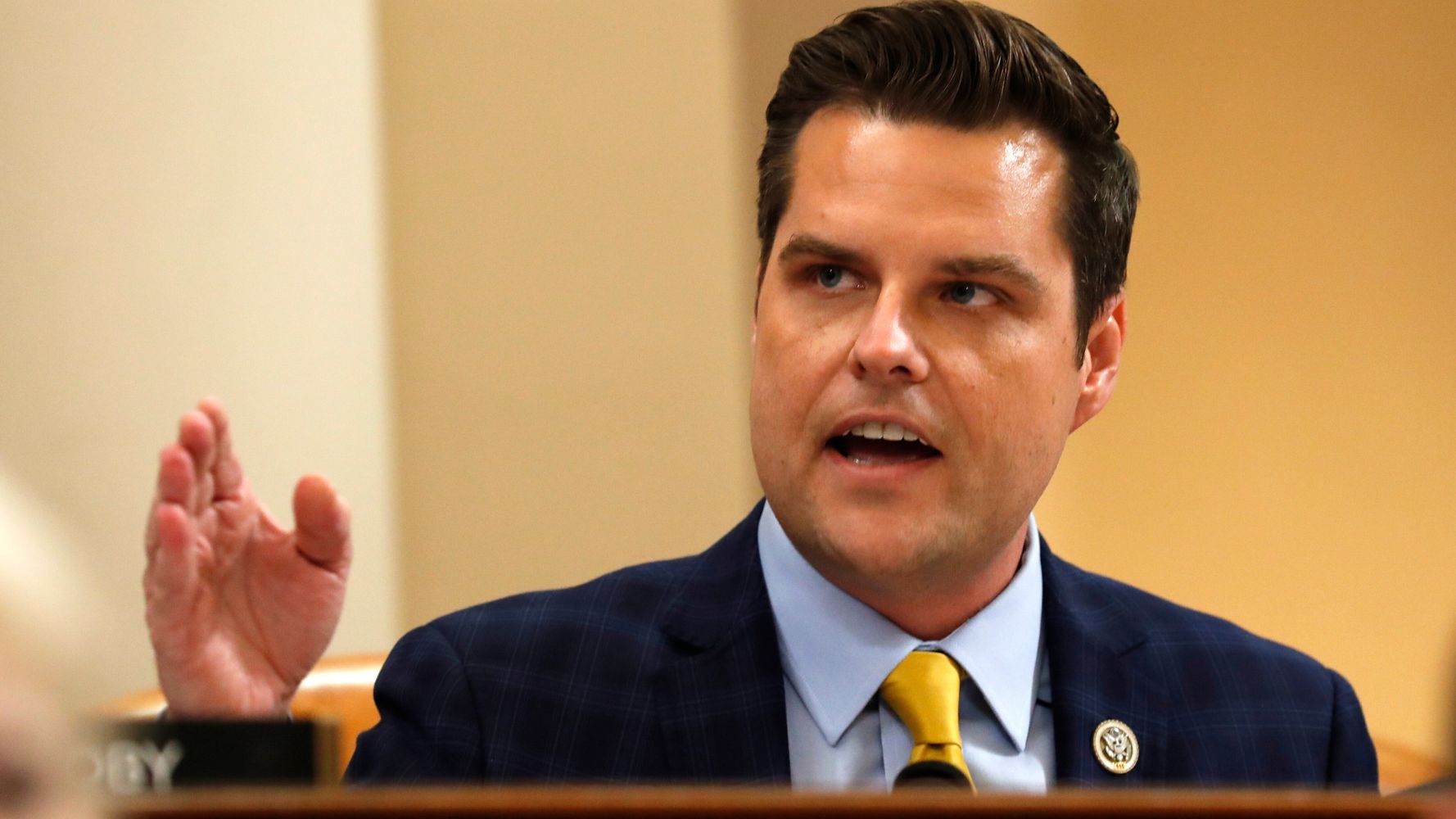 Rep. Matt Gaetz (R-Fla.), a staunch defender of President Donald Trump, broke from GOP allies of the president on Sunday to admit that he found it strange that Trump’s personal attorney Rudy Giuliani was in Ukraine again.

“It’s weird that he’s over there,” the Florida lawmaker said on ABC News’ “This Week.”

“I am grateful that very soon after I made those comments on CNN, the president put out a statement that said that Rudy Giuliani does want to come into Congress and explain his role, explain what he’s been up to,” Gaetz added.

“I believe that the president urging Mayor Giuliani to provide that clarity to the Congress will be helpful in resolving what seems to be odd having him over there at this time.”

On Saturday, Trump told reporters that he believed Giuliani would report on his findings to Congress and to Attorney General William Barr.

“He says he has a lot of good information,” Trump said. “I have not spoken to him about that information.”

The comments came as the House Judiciary Committee worked to draft articles of impeachment against the president that could come to a vote as early as this week.

Giuliani, who multiple witnesses placed at the center of events leading to the impeachment inquiry, traveled to Budapest and Kiev last week to meet with several former Ukrainian prosecutors. He is also reportedly under federal investigation due to his overseas dealings, which has raised questions about his choice to travel to Ukraine.

“Like a good lawyer, I am gathering evidence to defend my client against the false charges being leveled against him,” Giuliani told The New York Times.

Gaetz distanced himself from Giuliani on Thursday during an interview on CNN’s “Chris Cuomo Tonight.” Gaetz said he found it “weird” that Giuliani was in Ukraine, but said Giuliani deserved to get the “benefit of the doubt.”

“I think it probably would be helpful if Rudy clarified the role that he was playing in these different circumstances,” Gaetz added.

Giuliani has continued to claim that he possesses information which proves former Vice President Joe Biden contributed to corruption in Ukraine during the Obama presidency, which he says he will be releasing “very soon.”