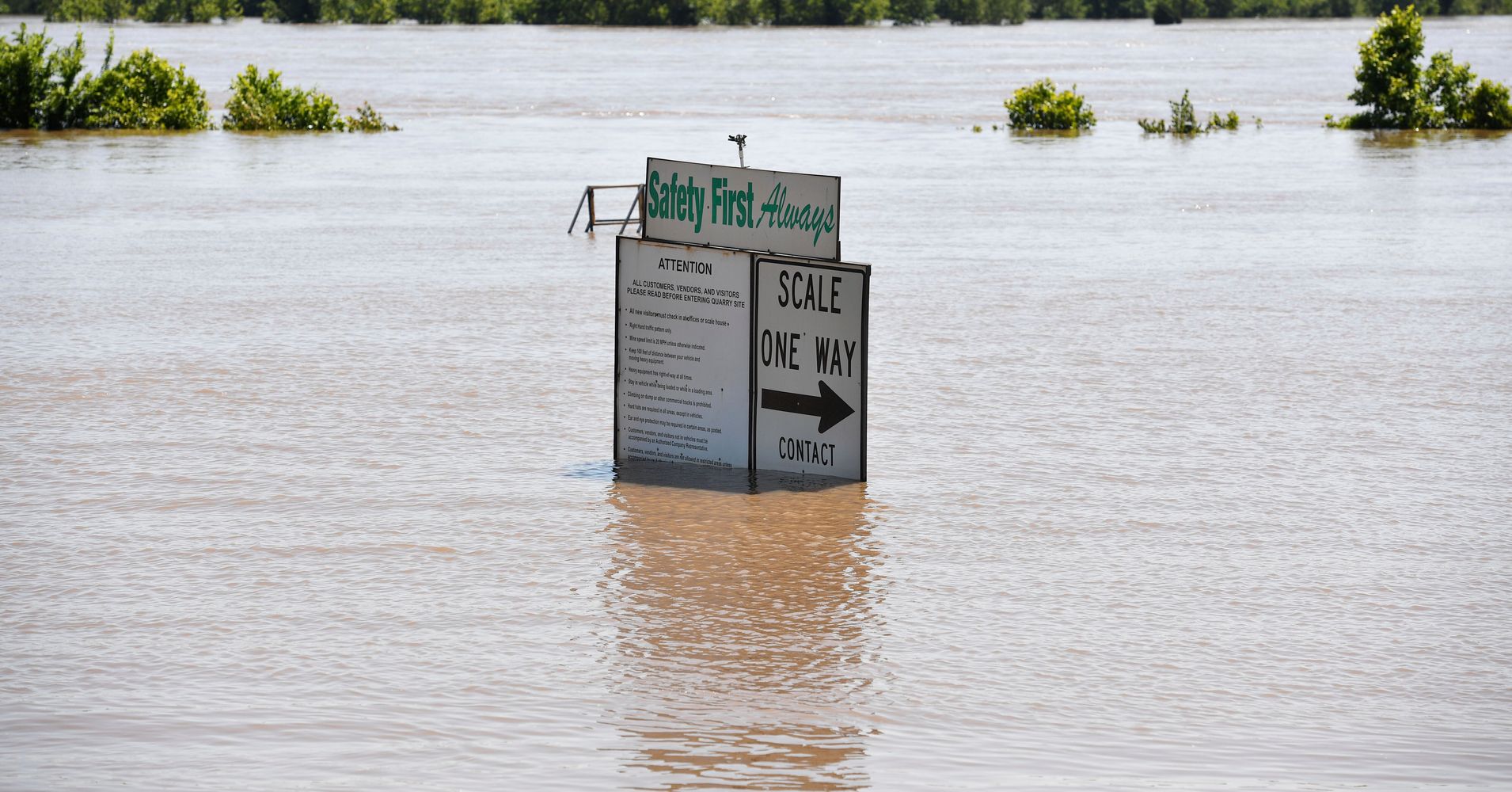 May was the second wettest month on record in the contiguous United States, and it sealed the last 12 months as the country’s wettest yearlong period, the National Oceanic and Atmospheric Administration announced Thursday.

With a total of 4.41 inches of precipitation ― 1.5 inches above the average downfall for May ― last month nearly broke the record of 4.44 inches set in May 2015. NOAA’s record-keeping goes back 125 years.

“Contributing to the record wet May: near-record to record precipitation from the West Coast through the central Plains, into the Great Lakes and over parts of the Northeast,” NOAA said in its announcement.

“Along with severe flooding on the Arkansas, Missouri, and Mississippi rivers, excessive rainfall led Kansas, Nebraska, and Missouri to break their state records for wettest May.”

Flooding was especially extreme along the Arkansas River in late May. The river, which runs through Arkansas and Oklahoma, crested more than 2.5 feet above the previous record set in 1945.

With the May rainfall data out, NOAA scientists deemed June 2018 through May 2019 the wettest 12 months on record.

The precipitation over that yearlong span “shattered the previous record for any 12-month period with 37.68 inches, 7.73 inches above average,” the agency said.

This year is on track to be one of the hottest on record ― a phenomenon associated with more intense storms as a warmer atmosphere is able to hold higher volumes of precipitation. Those higher temperatures are associated with the rising concentration of carbon dioxide on the planet ― something NOAA reported on earlier this week.

According to the agency’s findings released Tuesday, global CO₂ concentrations last month were the highest since it started recording them more than half a century ago.

“It’s critically important to have these accurate, long-term measurements of CO2 in order to understand how quickly fossil fuel pollution is changing our climate,” Pieter Tans, a senior scientist in NOAA’s Global Monitoring Division, said in a news release.