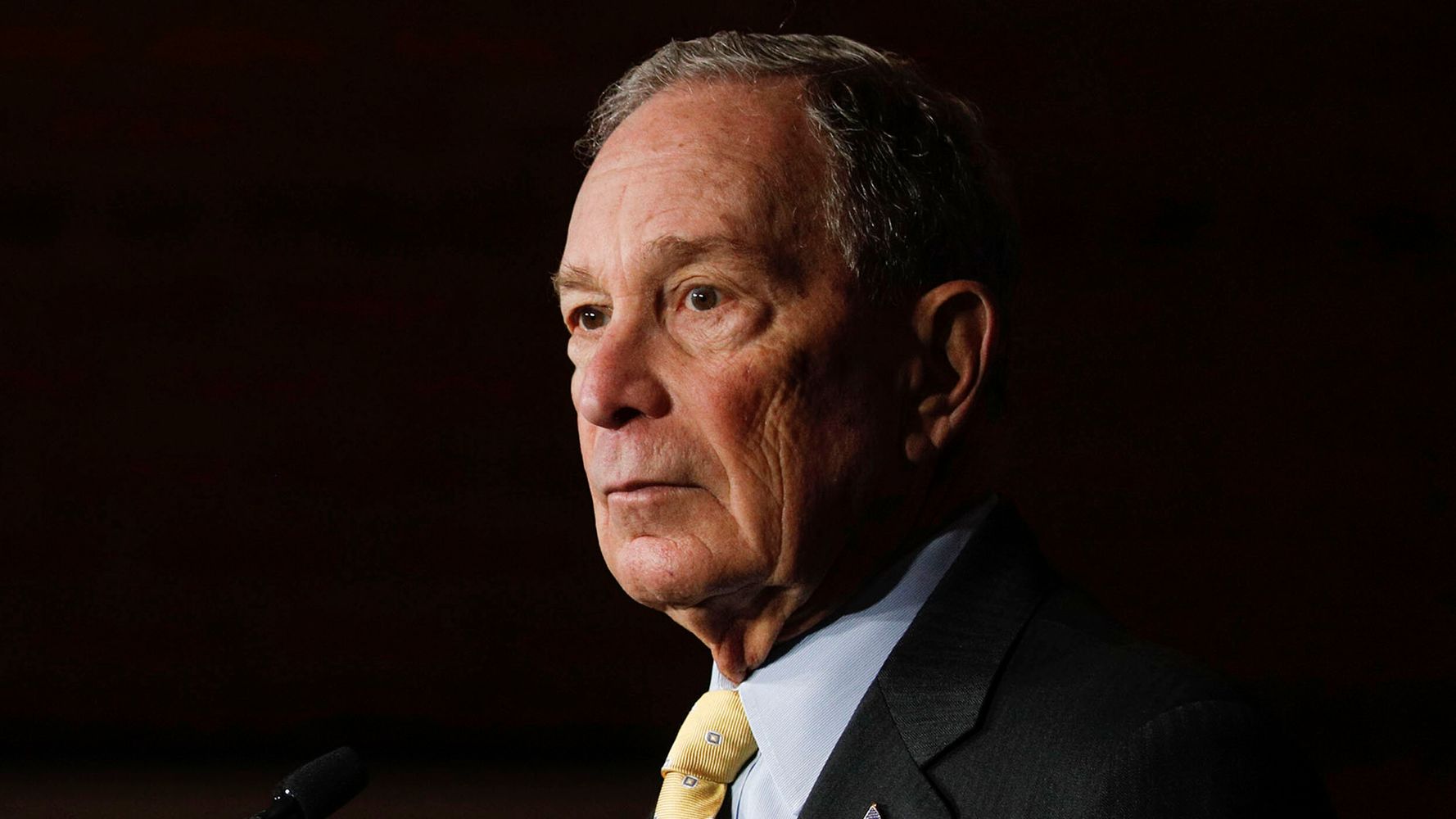 WASHINGTON (AP) — At the height of the 2008 economic collapse, then-New York Mayor Michael Bloomberg said the elimination of a discriminatory housing practice known as “redlining” was responsible for instigating the meltdown.

“It all started back when there was a lot of pressure on banks to make loans to everyone,” Bloomberg, now a Democratic presidential candidate, said at a forum that was hosted by Georgetown University in September 2008. “Redlining, if you remember, was the term where banks took whole neighborhoods and said, ‘People in these neighborhoods are poor, they’re not going to be able to pay off their mortgages, tell your salesmen don’t go into those areas.’”

He continued: “And then Congress got involved ― local elected officials, as well ― and said, ‘Oh that’s not fair, these people should be able to get credit.’ And once you started pushing in that direction, banks started making more and more loans where the credit of the person buying the house wasn’t as good as you would like.”

Bloomberg, a billionaire who built a media and financial services empire before turning to electoral politics, was correct that the financial crisis was triggered in part by banks extending loans to borrowers who were ill-suited to repay them. But by attributing the meltdown to the elimination of redlining, a practice used by banks to discriminate against minority borrowers, Bloomberg appears to be blaming policies intended to bring equality to the housing market.

The term redlining comes from the “red lines” those in the financial industry would draw on a map to denote areas deemed ineligible for credit, frequently based on race.

“It’s been well documented that the 2008 crash was caused by unethical, predatory lending that deliberately targeted communities of color,” said Debra Gore-Mann, president and CEO of the Greenlining Institute, a nonprofit that works for racial and economic justice. “People of color were sold trick loans with exploding interest rates designed to push them into foreclosure. Our communities of color and low income communities were the victims of the crash, not the cause.”

Campaign spokesman Stu Loeser said that Bloomberg “attacked predatory lending” as mayor and, if elected president, has a plan to “help a million more Black families buy a house, and counteract the effects of redlining and the subprime mortgage crisis.”

The campaign also pointed to efforts by Bloomberg’s private philanthropy to help other cities craft policies that will help reduce evictions. He promised in a January speech to do a version of the very thing he criticized in 2008: Ask lenders to update their credit-scoring models, “because millions of black households don’t have a credit score which is needed to get a mortgage.”

After this story was published, Loeser added: “He’s saying that something bad – the financial crisis – followed something good, which is the fight against redlining that he was part of as Mayor.”

Bloomberg’s 2008 remarks stand in contrast with the decadeslong positions some of his rivals have held.

Massachusetts Sen. Elizabeth Warren’s work as a professor and attorney has been devoted to the study of bankruptcy and the disastrous impact it has on the financial well-being of families. As a young Delaware senator, Joe Biden held hearings on unfair lending practices and sponsored legislation to ban discrimination in lending and crack down on industry figures who did.

The remarks are the latest instance of past comments by Bloomberg that have resurfaced in recent days that make him appear racially insensitive.

On Tuesday, an audio recording ricocheted around social media of the then-mayor defending his police department’s use of the controversial “stop-and-frisk” tactic during a 2015 appearance at the Aspen Institute.

Under the program, New York City police officers made it a routine practice to stop and search multitudes of mostly black and Hispanic men to see if they were carrying weapons.

Although he has since apologized for his support for the policy, in the recording Bloomberg said that “95%” of murders and murder victims are young male minorities and that “you can just take the description, Xerox it and pass it out to all the cops.” To combat crime, he said, “put a lot of cops where the crime is, which means in minority neighborhoods.”

Bloomberg’s resurfaced comments about redlining come as he’s in the midst of a two-day tour of the South that in part is focused on building relationships with black voters who are the backbone of the Democratic Party. On Thursday, he plans to launch “Mike for Black America”

Speaking to reporters in Tennessee on Wednesday, he refused to directly apologize for the 2015 comments. In response to repeated questions, he said, “I don’t think those words reflect how I led the most diverse city in the nation.”

“I apologized for the practice and the pain that it caused,” he said Wednesday. “It was five years ago. And, you know, it’s just not the way that I think, and it doesn’t reflect what I do every day.”

Introducing Bloomberg at an event in Chattanooga, Tennessee, Dr. Elenora Woods, president of the city’s NAACP chapter, said he would be a tireless fighter for economic justice for black Americans.

Catch up on the 2020 election campaign with AP experts on our weekly politics podcast, “Ground Game.”