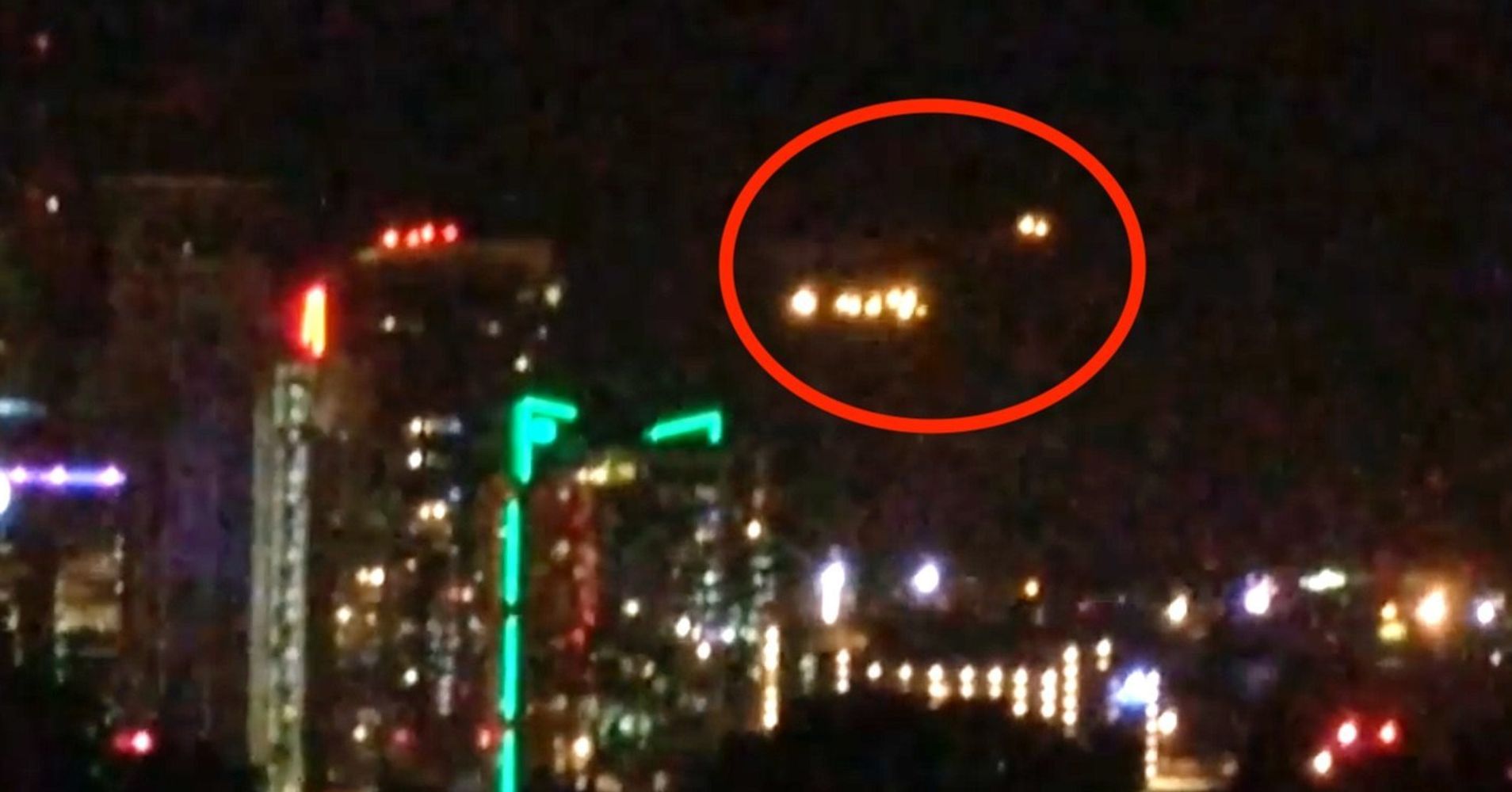 A set of lights hovering over San Diego lit up social media on Wednesday night, with many wondering just what they could be.

Almost as soon as the incident began, people started posting images and videos on Twitter, Facebook, YouTube and more. At first, the footage showed a single set of lights, hovering in place:

Did you see this? San Diegans have reported seeing strange lights in the San Diego sky. If you have any pictures or videos send them to news@kusi.com. pic.twitter.com/1WCFdlThja

Uma Aggarwa told the San Diego Union-Tribune that she spotted the lights at 8:20 p.m., which would be a little more than an hour after sunset.

“They were hovering in place and they were extremely bright,” she said. “It was the craziest thing.”

The lights were soon joined by a second, smaller set just above.

And then there’s a second set again. pic.twitter.com/tICKBPl7ig

Then, the lights vanished.

Reports of sightings came from as far as Del Mar, to the city’s north, San Ysidro, which is to the south along the Mexican border, and La Mesa, about 10 miles to the east, local TV station KUSI reported.

A nighttime mystery in the skies? It was for a little while as tweeters floated theories ranging from drones to UFOs to exercises conducted by the military. One of those theories turned out to be correct… and it wasn’t the UFOs:

UPDATE: A Navy spokesperson says those lights seen in the sky tonight are flares. An aircraft squadron is performing “flare training” about 30 miles off the coast of San Diego. The lights might be seen intermittently through Thursday night, when the drills are expected to end. https://t.co/mcfl84S2Fe

CBS 8 reported that the flares were specifically from Squadron VMGR-325 (a.k.a. “The Raiders”) or the Marine Aerial Refueler Transport Squadron 352, part of the 3rd Marine Aircraft Wing based at nearby Marine Corps Air Station Miramar.

But not everyone was buying it.

Howdy @tomdelonge , what do you make of this? It was in our (San Diego) night sky tonight. The official word is that it was a military flare exercise. I don’t agree. https://t.co/z2sYKfjKVU

The truth is out there.