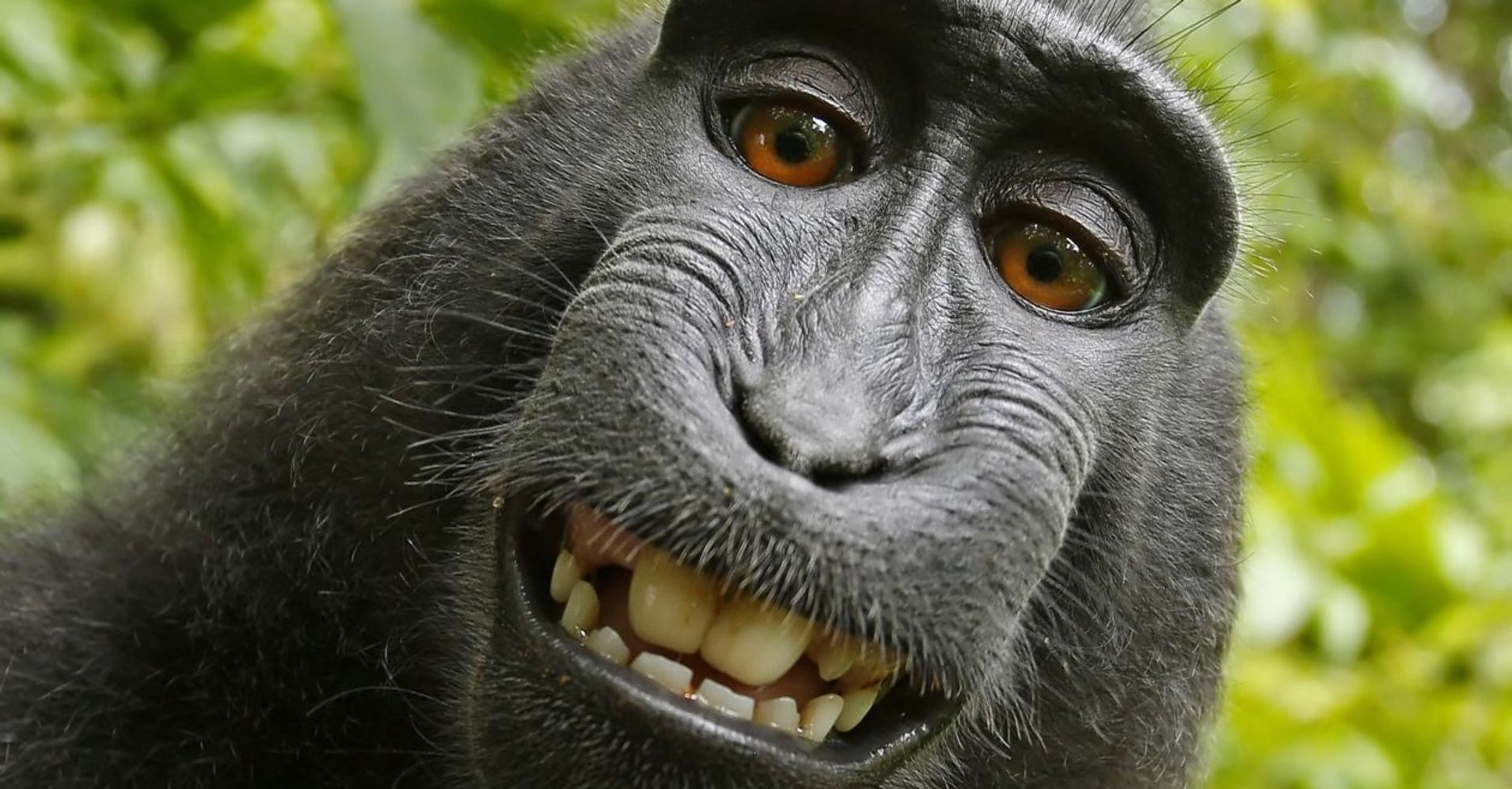 A monkey can’t sue over copyright infringement of his selfies because he’s not human and therefore has no standing to do so, a federal appeals court ruled on Monday.

“We must determine whether a monkey may sue humans, corporations, and companies for damages and injunctive relief arising from claims of copyright infringement,” Judge Carlos Bea wrote in the opinion for the 9th U.S. Circuit Court of Appeals. “We conclude that this monkey — and all animals, since they are not human — lacks statutory standing under the Copyright Act.”

The case involved a series of heart-melting snaps of Naruto, a grinning crested macaque, in 2011. British nature photographer David Slater set up a camera in an Indonesian forest, and Naruto somehow tripped the camera himself (Slater was not on the scene). Essentially, the photogenic animal took his own selfies, argued People for the Ethical Treatment of Animals.

PETA sued Slater when he sold some of the photos in 2015. Always pushing the boundaries of animal rights, PETA argued that Naruto owned the rights to the photos, calling the images “original works of authorship.”

PETA’s initial lawsuit was dismissed on the grounds that a monkey lacks standing to sue over copyright. (“Monkey see, monkey sue is not good law,” noted that ruling). But PETA appealed, arguing that the U.S. Copyright Act doesn’t specify that a work’s author must be human.

Both sides eventually reached a settlement, with Slater agreeing to donate 25 percent of future income from the Naruto photos to protect habitats where crested macaques live. But the 9th Circuit still decided to rule in the important case.

The court didn’t sound very happy with PETA, saying in a footnote that the organization “seems to employ Naruto as an unwitting pawn in its ideological goals.”

PETA didn’t seem particularly close to Naruto even though it sued Slater as a “next friend” of the monkey, the court noted. “We have no idea whether animals … wish to own copyrights or open bank accounts to hold their royalties from sales of pictures,” wrote Judge N. Randy Smith in a concurring opinion.

PETA’s general counsel, Jeff Kerr, said in a statement that Naruto was discriminated against “simply because he’s a nonhuman animal.”

The court only ruled on Naruto’s standing concerning the Copyright Act, Kerr noted. He said that “nonhuman animals” still have a “constitutional right to bring a case to federal court when they’ve been wronged.”