You are here
Home > News > Performance Artist Gobbles Up Banana In $120,000 Work Of Art 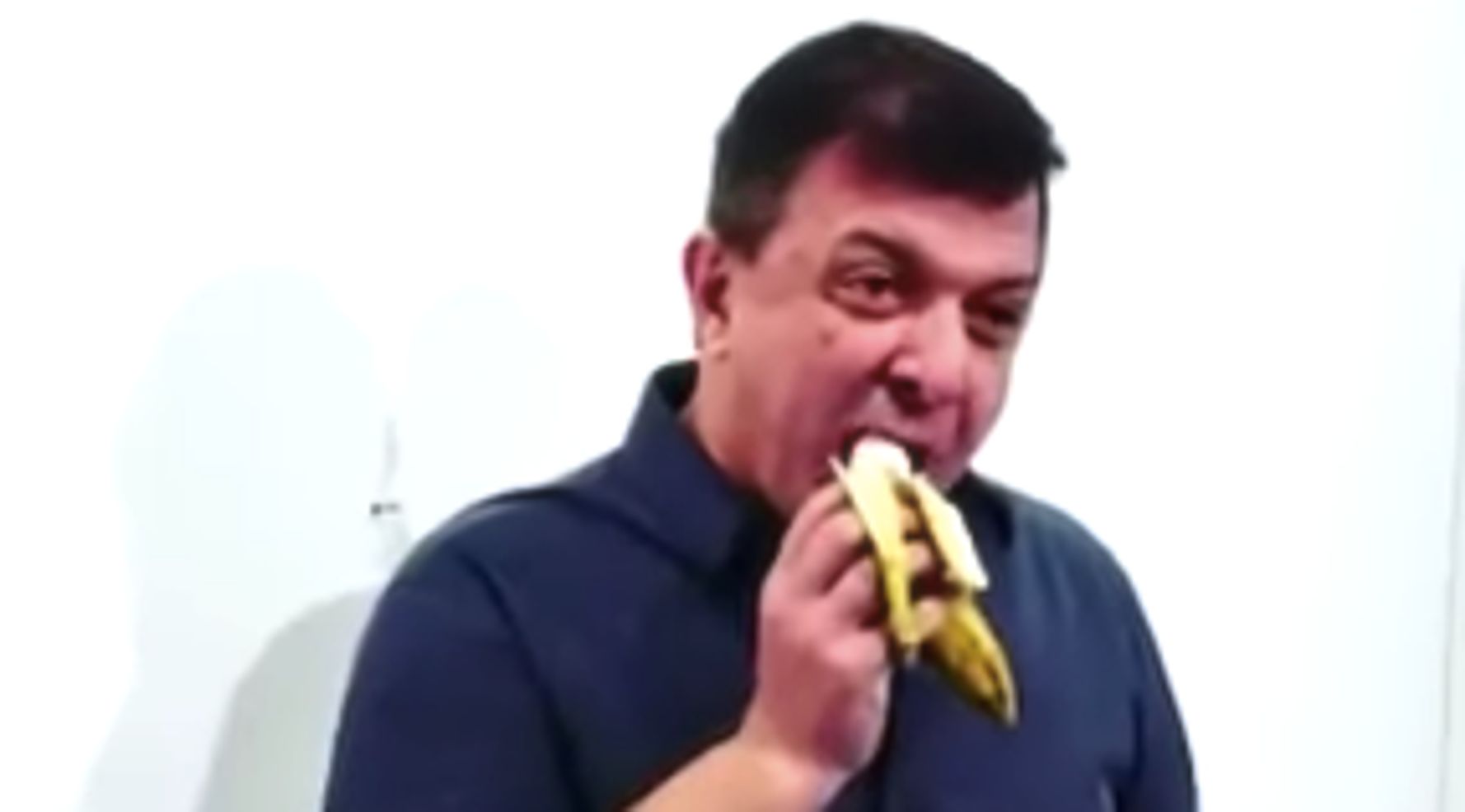 A New York-based performance artist ate a banana that had been duct-taped to a wall as part of a work of art reportedly purchased for $120,000.

The Perrotin gallery initially replaced the banana in the Art Basel festival in Miami Beach after it was consumed Saturday. But the work was then removed early Sunday because crowds of the curious drawn by media attention were too much for the gallery to handle.

Performance artist David Datuna, who arranged for videotaping of his hunger attack, said observers were stunned when he pulled off his stunt. He deemed the banana — with duct tape still attached — “very good” (check out the video above). He appeared to rename the evolving work “Hungry Artist.”

“Fifty percent of people say don’t do this it’s crazy. Another 50 percent say do it, it’s genius,” he said later. “So you know it’s absolutely what art about. Art is about the question mark.“

Datuna said he believes the Italian artist Maurizio Cattelan, who is known for his wicked sense of humor, was joking with the installation, so he responded in kind.

Cattelan’s work consisted simply of a banana taped to the wall. It was titled “Comedian” — and touted as similar to Cattelan’s previous “wry” commentaries on “society, power, and authority.” The banana piece “offers insight into how we assign worth and what kind of objects we value,” according to the gallery’s description.

Datuna quipped on Instagram, where his video was posted: “I love Maurizio Cattelan artwork and I really love his installation. It’s very delicious.”

Three editions of the art piece were originally up for sale. At least one of them sold by Friday for $120,000, according to the gallery. Buyers hold a certificate of authenticity, and owners can always replace the banana, according to a gallery representative. Datuna “did not destroy the artwork﻿. The banana is the idea,” gallery director Lucien Terras told the Miami Herald.

Security guards escorted Datuna out of the gallery after the banana vanished down his throat. The gallery did not press charges, but ultimately yanked the banana piece.

“The installation caused several uncontrollable crowd movements and the placement of the work [in] our booth compromised the safety of the artwork around us, including that of our neighbors,” said a Perrotin statement posted on Instagram. ”‘Comedian,’ with its simple composition, ultimately offered a complex reflection of ourselves.”

It wasn’t immediately clear how Datuna’s stunt affected the value of the artwork.