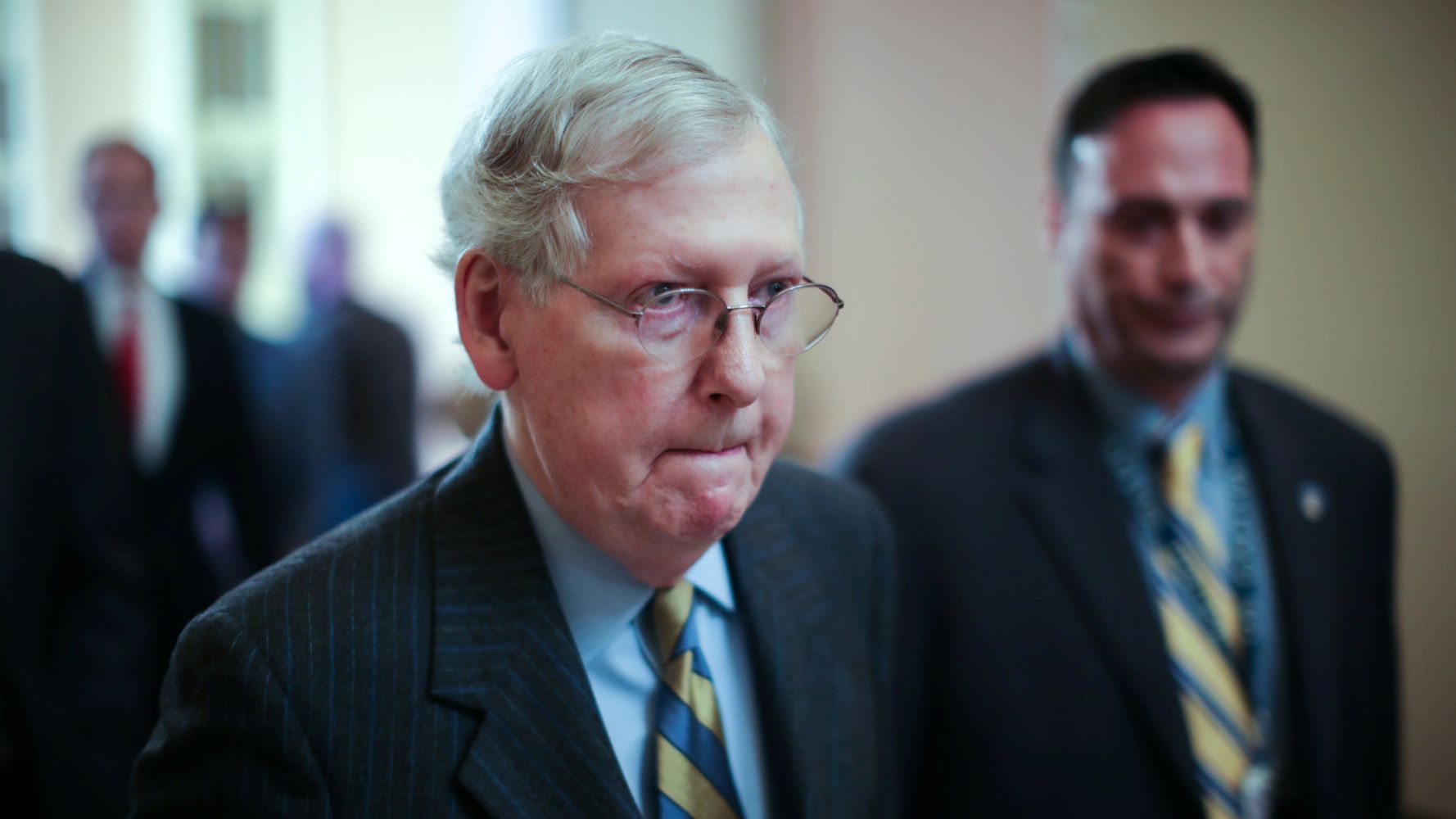 WASHINGTON ― President Donald Trump’s impeachment trial is due to begin in earnest next week but Republicans are still debating whether to even allow an opportunity to call witnesses during the proceedings, which are expected to last several weeks.

A handful of moderates, who are sensitive to making the trial at least appear credible to the public, are pushing for a provision in the rules governing the proceedings that leaves the door open to call witnesses after the presentation of evidence by both the House impeachment managers and Trump’s defense team. The group includes GOP Sens. Susan Collins of Maine, Lisa Murkowski of Alaska, Mitt Romney of Utah, and Lamar Alexander of Tennessee.

Alexander, who is retiring this year, made clear he would oppose a motion to dismiss the case before having an opportunity to consider hearing additional witness testimony and other evidence during the trial.

“Just because the House was a circus, it doesn’t mean the Senate has to be. We should hear the case, not dismiss it. Then we should ask our questions. Then following that we should have a vote on whether we need additional evidence,” Alexander told reporters on Tuesday.

A simple majority, or 51 votes, is required to pass a motion to subpoena a witness during the trial. Calling someone like former National Security Adviser John Bolton, who has expressed a desire to testify with new evidence about the case, will require four Republicans joining all Democrats to support the measure.

The leaders of the conservative wing of the caucus, meanwhile, are pushing back and demanding that the trial rules include a motion to dismiss the case and vowing to call witnesses desired by the president and his allies, like Hunter Biden and the whistleblower who filed the complaint that led to impeachment.

“I don’t think we should selectively call just witnesses that don’t like the president, that wouldn’t be any kind of fairness,” Sen. Rand Paul (R-Ky.) said Tuesday.

Paul, who is close to Trump, suggested that some of his Republican colleagues ought to be careful about how they intend to vote on bringing in one set of witnesses but not the other.

“If they vote against the president bringing in witnesses, it’s not going to be helpful to them with the Republican base,” Paul said.

Paul helped make the case for calling witnesses desired by Trump alongside Sen. Ted Cruz (R-Texas) in a meeting with Senate Majority Leader Mitch McConnell (R-Ky.) on Tuesday, according to Politico. The leader was reportedly receptive to the strategy.

McConnell has not yet revealed the rules governing the proceedings ― known as an organizing resolution ― that will determine what the trial will look like, though he is expected to do so next week. The delay reflects the disagreement within his caucus about the resolution’s specific language. The rules for then-President Bill Clinton’s 1999 trial included specific language about calling witnesses after evidence had been presented.

Sen. Lindsey Graham (R-S.C.), who reportedly attended Tuesday’s meeting with McConnell, told reporters that the rules will include a guarantee that senators will be able to call witnesses. He also said the effort to dismiss the case early is a “waste of everybody’s time,” because it does not have enough support.

The Senate trial ― the third in American history ― is due to begin after some procedural steps this week. The first few days will feature made-for-TV moments: the swearing-in of all senators and Supreme Court Chief Justice John Roberts, who will preside over the proceedings, as well as the reading of the articles charging Trump with obstruction of Congress and using the power of his office to further his political ambitions.