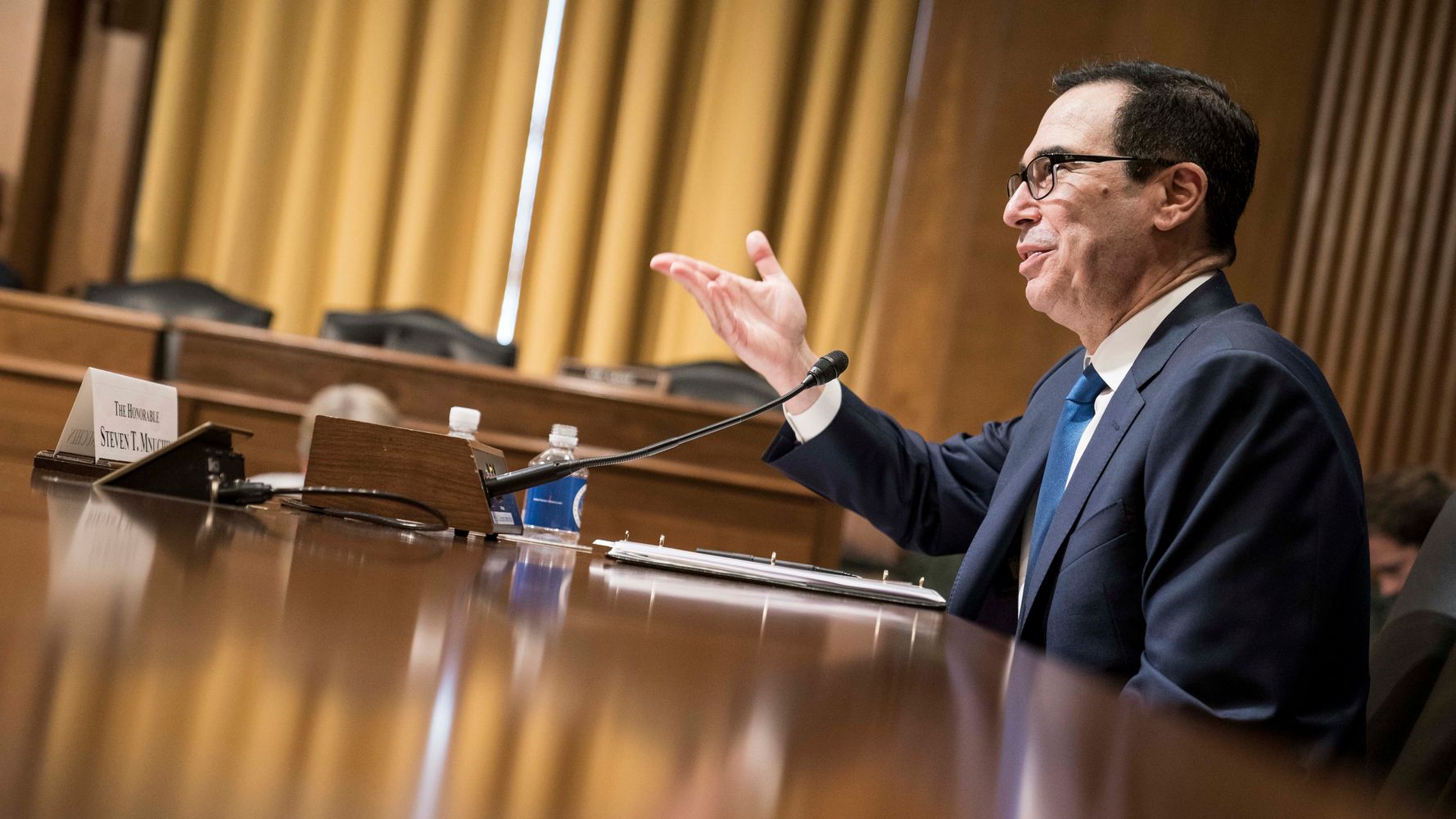 WASHINGTON ― Treasury Secretary Steve Mnuchin denied Wednesday that he is a toady for President Donald Trump.

“It seems that Democrats’ requests get shoved in the back of a filing cabinet while somehow Republican requests get the red carpet treatment,” Sen. Ron Wyden (D-Ore.) said during a Senate Finance Committee hearing.

Mnuchin said the department thought it would have been illegal to grant the Democratic request for the president’s tax returns because of tax privacy laws, saying it was “very different” from the Republican request for reports by financial institutions regarding suspicious activities related to Hunter Biden.

“That’s just not fair,” Mnuchin said, before again zooming in on the different details of the two requests.

But Democrats asked for the president’s taxes under a subsection of the tax code that delineates specific exceptions to the confidentiality of private tax information, including exceptions enacted by Congress as a check on the executive branch. If committee chairs make a request for tax returns, the law says, then the Treasury “shall” hand them over.

Instead of complying with the Democrats’ request for Trump’s taxes last year, however, Treasury said it had concluded Democrats had no “legitimate legislative purpose” for their request, and they have continued that argument in federal court, where the case is currently stalled.

Mnuchin has not said if he thought Republicans’ request for suspicious activity reports pertaining to Hunter Biden did have a legislative purpose. In a Tuesday letter to Wyden, Mnuchin said “the applicable regulations provide that the Secretary of the Treasury may ‘within his discretion’ disclose this information ‘for any reason consistent with the purposes’” of the Bank Secrecy Act.

That 1970 law requires financial firms to file reports with Treasury if customer transactions exceed a certain monetary threshold or if there’s some reason to believe they’re connected to illegal activity.

Senate Republicans asked for reports filed on Biden and several associates as part of their investigation into whether the former vice president used his office to benefit his son, who served on the board of a Ukrainian gas company while his father oversaw Ukraine policy.

The House impeached Trump in December for pressuring Ukraine to announce its own investigation into the Bidens; Trump’s defense team during the Senate trial last month insisted the president had a good reason to want an investigation, though they didn’t say the Bidens had done anything illegal.

Senate Republicans’ request to Treasury is just one part of a wide-ranging investigation launched last fall to bolster the president’s case.

After the hearing on Wednesday, Mnuchin declined to say that the Senate Republican investigation does have the kind legitimate legislative purpose lacking in the Democratic request for the president’s taxes.

This story has been updated with an additional comment from Secretary Mnuchin.