You are here
Home > News > Trump Meets With LSU Championship Team, Makes It About Impeachment 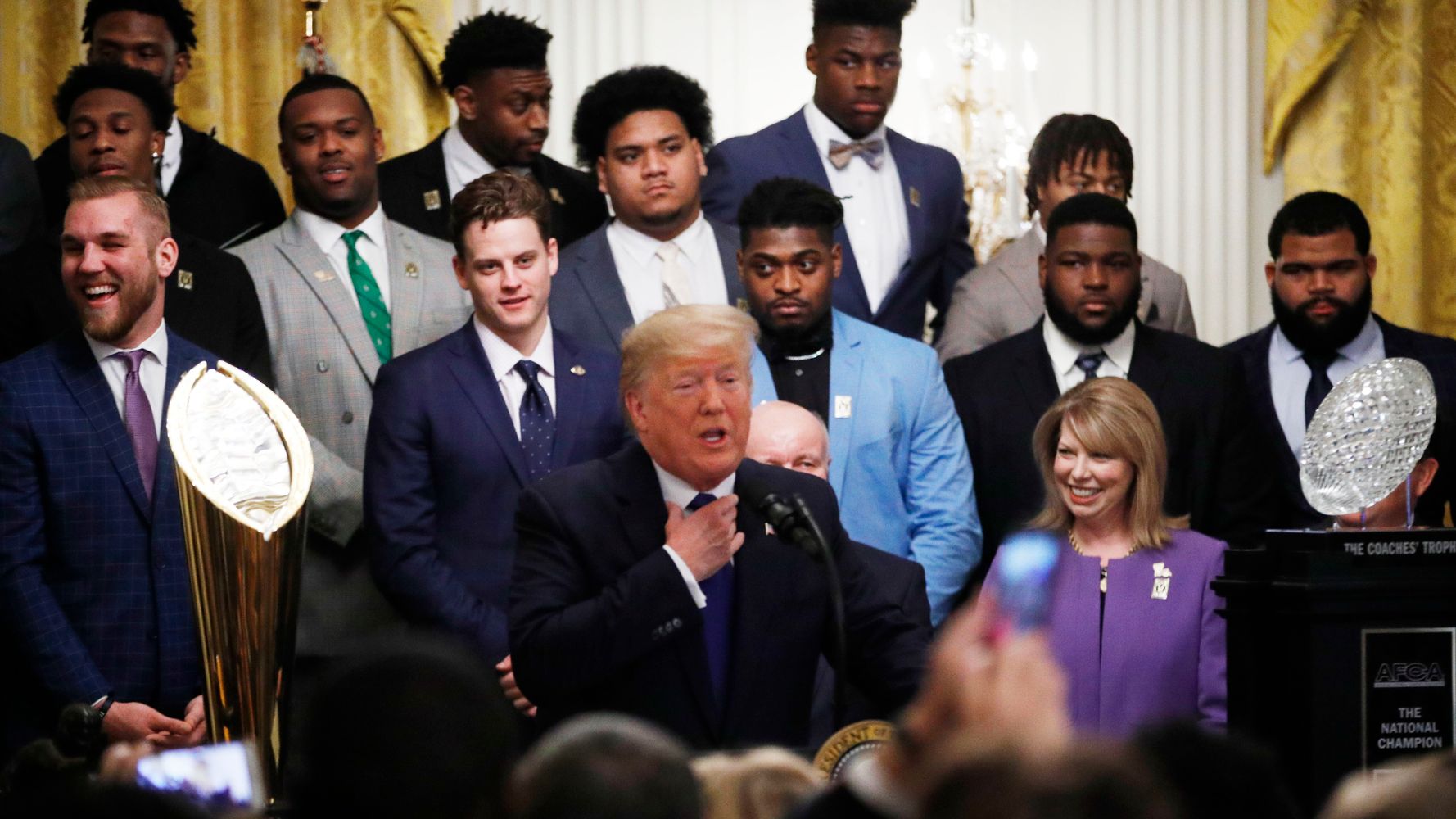 During the ceremony, Trump invited the team to the Oval Office to see the Resolute desk, where he said “a lot of presidents, some good, some not so good” have worked.

“But you’ve got a good one now, even though they are trying to impeach the son of a bitch,” Trump said to laughs from his audience, which included several members of Congress.

He went on to tout the economy and the military.

The ceremony was not without praise for the team and its leaders. Trump predicted quarterback and Heisman Trophy winner Joe Burrow, widely expected to be the first pick in the NFL’s April draft, is “going to be so rich.” And he praised head coach Ed Orgeron.

“If I was casting a movie, I told them today, that’s my football coach,” Trump said of the Orgeron, noted for his deep, gravelly voice. “There’s nobody that can play the role better.”