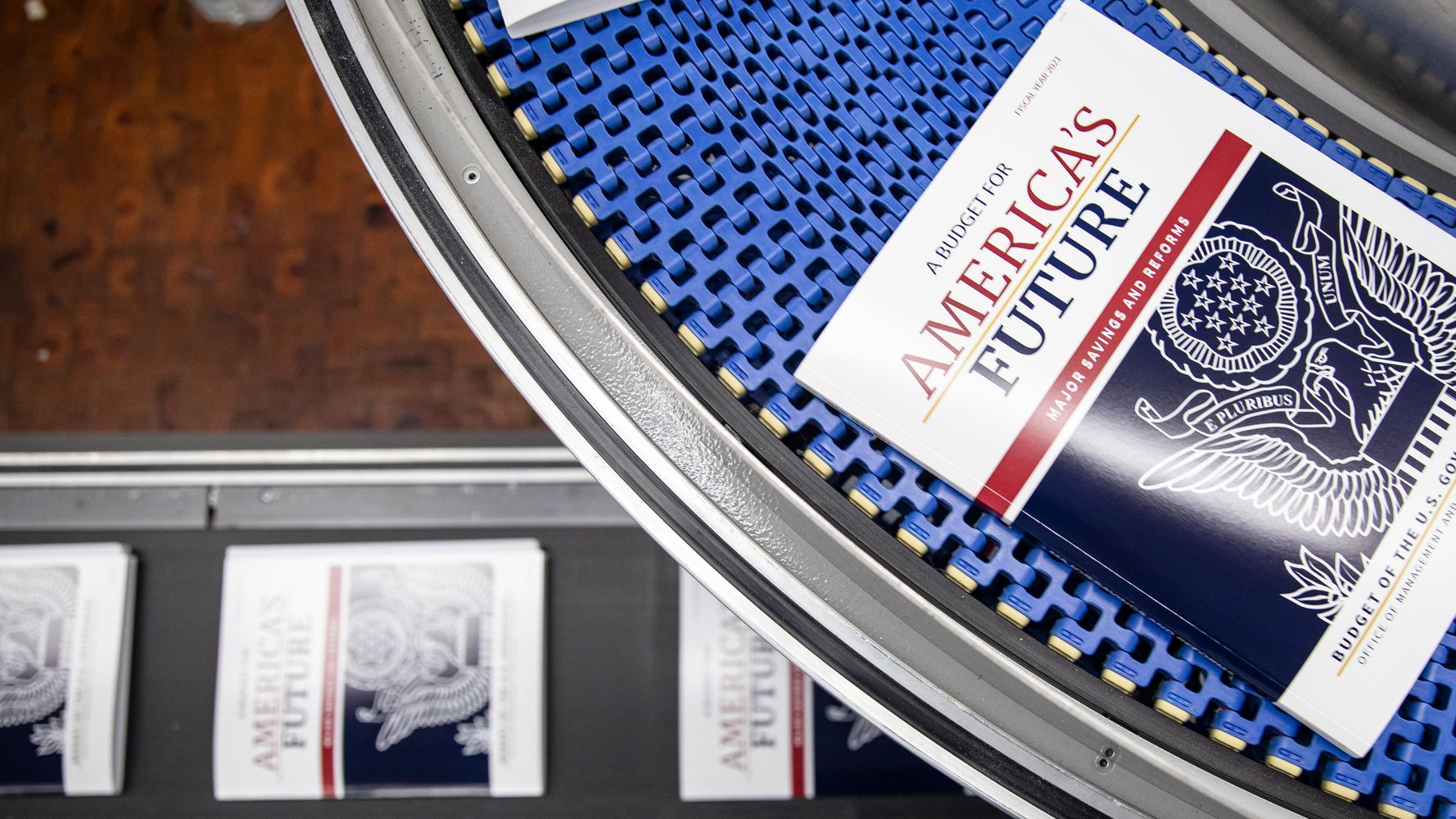 WASHINGTON (AP) — President Donald Trump is offering a $4.8 trillion election-year budget plan that recycles previously rejected cuts to domestic programs to promise a balanced budget in 15 years — all while boosting the military and leaving Social Security and Medicare benefits untouched.

Trump’s fiscal 2021 plan, to be released Monday, promises the government’s deficit will crest above $1 trillion only for the current budget year before steadily decreasing to more manageable levels.

Pelosi said Sunday night that “once again the president is showing just how little he values the good health, financial security and well-being of hard-working American families.”

“Year after year, President Trump’s budgets have sought to inflict devastating cuts to critical lifelines that millions of Americans rely on,” she said in a statement. “Americans’ quality, affordable health care will never be safe with President Trump.”

Trump’s budget would also shred last year’s hard-won budget deal between the White House and Pelosi by imposing an immediate 5% cut to non-defense agency budgets passed by Congress. Slashing cuts to the Environmental Protection Agency and taking $700 billion out of Medicaid over a decade are also nonstarters on Capitol Hill, but both the White House and Democrats are hopeful of progress this spring on prescription drug prices.

The Trump budget is a blueprint written as if he could enact it without congressional approval. It relies on rosy economic projections of 2.8% economic growth this year and 3% over the long term — in addition to fanciful claims of future cuts to domestic programs — to show that it is possible to bend the deficit curve in the right direction.

That sleight of hand enables Trump to promise to whittle down a $1.08 budget deficit for the ongoing budget year and a $966 billion deficit gap in the 2021 fiscal year starting Oct. 1 to $261 billion in 2030, according to summary tables obtained by The Associated Press. Balance would come in 15 years.

The reality is that no one — Trump, the Democratic-controlled House or the GOP-held Senate — has any interest in tackling a chronic budget gap that forces the government to borrow 22 cents of every dollar it spends. The White House plan proposes $4.4 trillion in spending cuts over the coming decade

Trump’s reelection campaign, meanwhile, is focused on the economy and the historically low jobless rate while ignoring the government’s budget.

On Capitol Hill, Democrats controlling the House have seen their number of deficit-conscious “Blue Dogs” shrink while the roster of lawmakers favoring costly “Medicare for All” and “Green New Deal” proposals has swelled. Tea party Republicans have largely abandoned the cause that defined, at least in part, their successful takeover of the House a decade ago.

Trump has also signed two broader budget deals worked out by Democrats and Republicans to get rid of spending cuts left over from a failed 2011 budget accord. The result has been eye-popping spending levels for defense — to about $750 billion this year — and significant gains for domestic programs favored by Democrats.

The White House hasn’t done much to draw attention to this year’s budget release, though Trump has revealed initiatives of interest to key 2020 battleground states, such as an increase to $250 million to restore Florida’s Everglades and a move to finally abandon a multibillion-dollar, never-used nuclear waste dump that’s political poison in Nevada. The White House also leaked word of a $25 billion proposal for “Revitalizing Rural America” with grants for broadband Internet access and other traditional infrastructure projects such as roads and bridges.

The Trump budget also promises a $3 billion increase — to $25 billion — for NASA in hopes of returning astronauts to the moon and on to Mars. It contains a beefed-up, 10-year, $1 trillion infrastructure proposal, a modest parental leave plan, and a 10-year, $130 billion set-aside for tackling the high cost of prescription drugs this year.

Trump’s U.S.-Mexico border wall would receive a $2 billion appropriation, more than provided by Congress but less than the $8 billion requested last year. Trump has enough wall money on hand to build 1,000 miles of wall, a senior administration official said, most of it obtained by exploiting his budget transfer powers. The official requested anonymity to discuss the budget before it is made public.

Trump has proposed modest adjustments to eligibility for Social Security disability benefits and he’s proposed cuts to Medicare providers such as hospitals, but the real cost driver of Medicare and Social Security is the ongoing retirement surge of the baby boom-generation and health care costs that continue to outpace inflation.

With Medicare and Social Security largely off the table, Trump has instead focused on Medicaid, which provides care to more than 70 million poor and disabled people. President Barack Obama successfully expanded Medicaid when passing the Affordable Care Act a decade ago, but Trump has endorsed GOP plans — they failed spectacularly in the Senate two years ago — to dramatically curb the program.

Trump’s latest Medicaid proposal, the administration official said, would allow states that want more flexibility in Medicaid to accept their federal share as a lump sum; for states staying in traditional Medicaid, a 3% cap on cost growth would apply. Trump would also revive a plan, rejected by lawmakers in the past, to cut food stamp costs by providing much of the benefit as food shipments instead of cash.