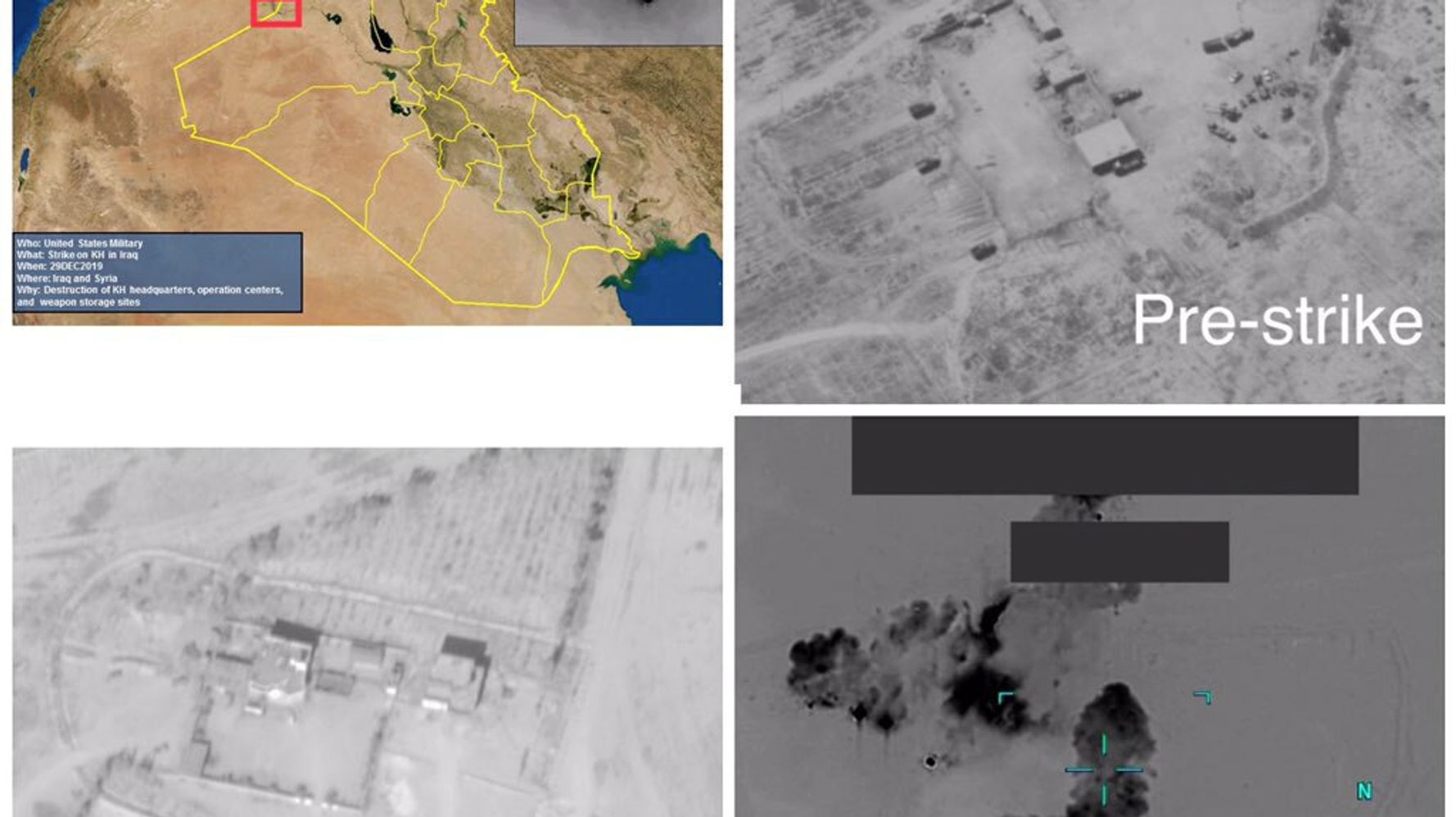 WASHINGTON/BAGHDAD (Reuters) – The U.S. military carried out air strikes in Iraq and Syria against the Kataib Hezbollah militia group in response to the killing of a U.S. civilian contractor in a rocket attack on an Iraqi military base, U.S. officials said on Sunday.

At least four local Kataib Hezbollah commanders were among the dead, the sources said, adding that one of the strikes had targeted the militia group’s headquarters near the western Qaim district on the border with Syria.

The Pentagon said it had targeted three locations of the Iranian-backed Shi’ite Muslim militia group in Iraq and two in Syria. The locations included weapons storage facilities and command and control locations the group had used to plan and execute attacks on coalition forces, it said.

A U.S. official, speaking on the condition of anonymity, said the strikes were carried out by F-15 fighter jets.

The United States had accused Kataib Hezbollah of carrying out a strike involving more than 30 rockets on Friday which killed the U.S. civilian contractor and injured four U.S. service members and two members of the Iraqi Security Forces near the oil-rich city of Kirkuk.

Earlier this month, U.S. Secretary of State Mike Pompeo blamed Iranian-backed forces for a series of attacks on bases in Iraq and warned Iran that any attacks by Tehran or proxies that harmed Americans or allies would be “answered with a decisive U.S. response.”

Tensions have heightened between Tehran and Washington since last year when President Donald Trump pulled the United States out of Tehran’s 2015 nuclear deal with six powers and reimposed sanctions that have crippled Iran’s economy.